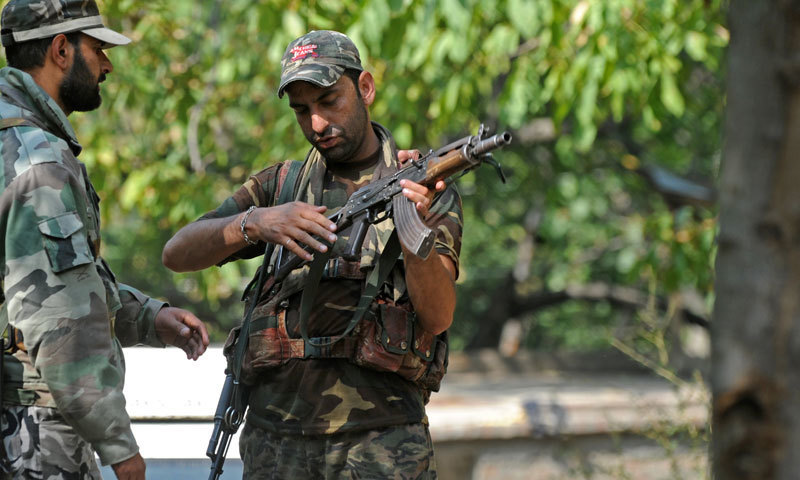 Clashes erupted when police and army officers launched a hunt for the militants after receiving “specific information” they were in the Gadar forest south of the main city of Srinagar.

The troops came under fire from the militants, triggering the fire fight, the region’s inspector general of police, Abdul Gani Mir, told AFP. “All the five militants have been killed and their identities are being ascertained,”

he said. Kashmir has been divided between India and Pakistan since the two countries won independence from Britain in 1947. Both claim the picturesque Himalayan territory in full. Tens of thousands of people, mostly civilians, have been killed since 1989, when rebel groups started fighting Indian government troops for independence or a merger with Pakistan.

At least two dozen people — including civilians and soldiers on both sides — have been killed and thousands living near the border have fled their homes since firing across the border started last year. India and Pakistan forces have been exchanging intermittent fire across an undisputed part of their border in the south of Kashmir since October.

Fighting picked up again early this month after a brief respite. India routinely accuses Pakistan of supporting armed militants, including by providing covering fire as they cross the border — a charge Islamabad denies. Thursday’s gun battle also comes within 24 hours of another in Sopore town in the north of the region that left one suspected rebel dead after a six-hour fight with government forces.