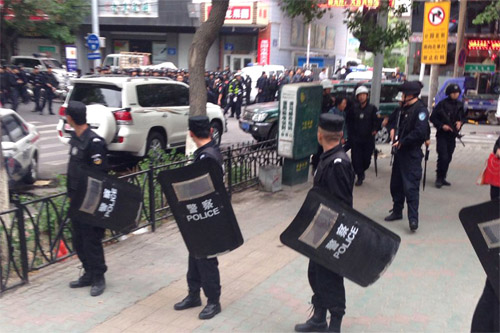 Two people were killed and “many” injured by multiple explosions in China’s Xinjiang, the local government said Monday.

The blasts struck at least three locations including a shopping area in Luntai County in the region’s south on Sunday, the Xinjiang government’s Tianshan web portal said.

The Tianshan report did not say what caused the explosions or give a precise number of injured.  Clashes between locals and security forces in Xinjiang — home to the mostly-Muslim Uighur minority — and well attacks targeting civilians have killed more than 200 people in the past year.  [contentblock id=2 img=adsense.png]

Beijing blames violence in Xinjiang on “terrorist” groups seeking independence for the region, while rights groups say that cultural and religious oppression of Uighurs has fuelled resentment.  -economictimes