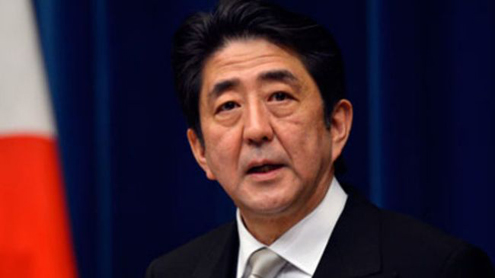 TOKYO: Japanese Prime Minister Shinzo Abe will visit Africa and the Middle East this week, reports said on Monday, bearing development cash pledges as Tokyo pushes back against growing Chinese influence in the resource-rich region.Abe is expected to promise $577 million in loans to Mozambique when he stops in the capital Maputo as part of a tour that will also take in Ivory Coast, Ethiopia and Oman from Thursday.

The sub-Saharan trip, the first by a Japanese premier in eight years, will fulfil a pledge to visit Africa that Abe made when he hosted a summit of the continent’s countries last year.
It also comes as Chinese Foreign Minister Wang Yi leaves home Monday for a tour of Ethiopia, Djibouti, Ghana and Senegal.

At the Tokyo International Conference on International Development in June, Abe said “Africa will be a growth centre over the next couple of decades” and Japan must make a commitment in a way that would benefit both sides.

The conservative Sankei Shimbun reported a similar story, saying the construction of a road will support the mining activities of Japanese companies in neighbouring inland countries which have large deposits of rare-earth minerals and rare metals.

Officials from some 50 Japanese corporations are likely to accompany the prime minister, Jiji Press reported. Despite relatively longstanding connections, Japan’s importance to Africa has slipped behind that of China, whose more aggressive approach has given it five times the trading volume and eight times the direct investment.

Beijing is criticised in some corners for what is sometimes seen as little more than a resources grab, and for not linking investment with demands for improved human rights or more transparent governance in recipient countries.

Japanese officials have stressed the need to transform their country’s relationship with Africa from one of donor-recipient to that of business partnership, as Tokyo’s firms seek to tap a burgeoning market.

Even so, Abe in the June conference pledged 1.4 trillion yen in aid.
The cash, half of which was to be dedicated to spending on much-needed infrastructure projects, is included in the 3.2 trillion yen that Japan’s public and private sectors will invest in Africa over the next five years.

Africa snapped sharply into focus last January in Japan with the siege of the In Amenas gas plant in the Algerian desert, in which 10 Japanese nationals died.The hostage crisis and its bloody end shook a country unused to extremist violence and largely unaware of the perils its companies face in some of the more unstable parts of the world.It led to promises of greater engagement in the region, partly as a way to offset these dangers and aid firms bringing much-needed resources to Japan. dailytimes