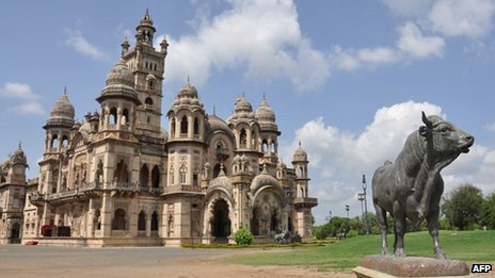 An acrimonious multi-billion dollar dispute between members of one of India’s most illustrious former royal families over palaces, diamonds and other valuable items has been settled, lawyers and family members say.

They say the agreement brings an end to more than 20 years of family feuding. Members of the Gaekwad family have signed a memorandum of understanding. The case is the second major dispute involving the billion dollar assets of a former Indian royal family this year. In July the daughters of a former Indian maharaja won a 21-year court battle to inherit more than $4bn (£2.6bn) worth of assets after a court in the city of Chandigarh said the will of Harinder Singh Brar, Maharaja of Faridkot – who died in 1989 – had been forged.

His assets included a 350-year-old royal fort and a private aerodrome.In the latest such case, a judge in the western city of Vadodara presided over an agreement that includes a palace which is reportedly four times the size of Britain’s Buckingham Palace.”We took the decision for the betterment of our families and are satisfied with the outcome and hope we will overcome the past and forge a new relationship,” Samarjitsinh Gaekwad told reporters after the signing of the memorandum.

The dispute began in 1991 between Sangramsinh Gaekwad and his brother, Ranjitsinh Gaekwad. Their father was the last king of the state of Baroda, who ruled until independence from Britain in what is now the western state of Gujarat. Their grandfather, Maharajah Sayyaji Rao III is remembered for a daring act of dissent against the British monarch in India in 1911.

The bitter legal tussle involved more than 20 members of the sons’ extended families – and continued, despite Ranjitsinh Gaekwad’s death in May 2012, between Sangramsinh Gaekwad and his nephew Samarjitsinh Gaekwad. “Both… have reached a settlement with regard to the royal property and have signed the settlement deal before the judge in Vadodara court,” Samarjitsinh’s lawyer, AV Avadhut, told reporters. Samarjitsinh and his family will keep the famous Laxmi Vilas Palace, built in 1890 and one of India’s largest private dwellings. In addition they will retain the palace’s surrounding 600 acres (243 hectares) estate that reportedly includes a golf course.

Samarjitsinh will also control the museum at the palace with its paintings, diamonds and valuable jewellery. Sangramsinh and his family will assume control of private companies, along with land and real estate including the Indumati Mahal palace in Vadodara and the property in Mumbai where he and his family are based. More properties will be divided between the four Gaekwad sisters , with local media estimating the total assets as worth the equivalent of $3bn (£1.86m).-Bbc