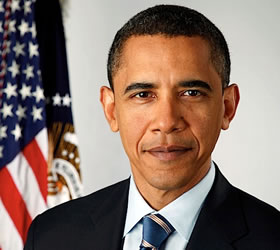 WASHINGTON: US President Barack Obama has identified India, Pakistan and Afghanistan, and 17 other countries as a major drug transit or a major illicit drug- producing nations of the world.

A country’s presence on the ‘Majors List’ is not necessarily an adverse reflection of its government’s counter-narcotics efforts or level of cooperation with the United States, President Obama said in a memorandum sent to the Secretary of State in this regard.
“One of the reasons that major drug transit or illicit drug producing countries are placed on the list is the combination of geographic, commercial and economic factors that allow drugs to transit or be produced despite the concerned government’s most assiduous enforcement measures,” the President said.

Obama designated Bolivia, Burma, and Venezuela as countries that have failed demonstrably during the previous 12 months to adhere to their obligations under international counter-narcotics agreements.

However, he continued support for bilateral programs in Bolivia and limited programs in Venezuela arguing that these are vital to the national interests of the US.

In his memorandum, Obama notes that Afghanistan continues to be the world’s largest producer of opium poppies and a major source of heroin.

While the country has been making progress in reduction of poppy cultivation, Obama said, the country must demonstrate even greater political will and programmatic effort to combat opium trafficking and production nationwide.

“Although Brazil no longer qualifies as a major drug transit country to the US, narcotics control in this country which occupies such a large landmass in the hemisphere is of serious concern,” he said, adding drug traffickers continue to move significant quantities of cocaine through West Africa. – Timesofindia