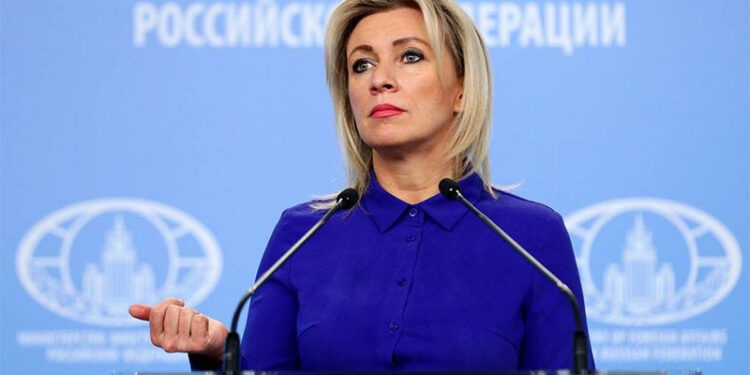 ISLAMABAD: Russian Federation, Ministry of Foreign Affairs Spokesperson Maria Zakharova has said that there was an attempt by the US to interfere in the internal affairs of an independent state.

Commenting upon the political developments in Pakistan the other day, she said from facts and reports, it emerged that a conspiracy against the government was inspired and financed from abroad.

She further noted that immediately after the announcement of working visit of Prime Minister Imran Khan to Moscow on February 23-24, certain countries began to exert pressure demanding cancellation of the trip.

“We hope that Pakistani voters will be informed about these circumstances when they come to the elections,” Russian foreign ministry quoted her official as saying.