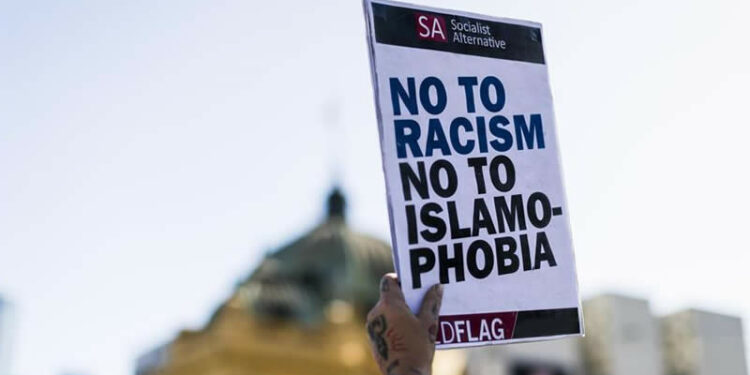 UNITED NATIONS: The UN General Assembly Tuesday adopted, by consensus, a resolution, introduced by Pakistan on behalf of the Organization of Islamic Cooperation (OIC), that proclaims March 15 as International Day to Combat Islamophobia, saying it was aimed at promoting a culture of tolerance ad peace globally.

The resolution was sponsored by 57 members of the OIC, and eight other countries, including China and Russia.

Under its terms, the resolution strongly deplores all acts of violence against persons on the basis of their religion or belief and such acts directed against their places of worship, as well as all attacks on and in religious places, sites, and shrines that are in violation of international law.

“Islamophobia is a reality,” Ambassador Munir Akram, Permanent Representative of Pakistan, told the 193-member Assembly, noting that the phenomenon was growing and must be addressed.

He said Prime Minister Imran Khan was the first to raise the issue of Islamophobia at the UN in his historic 2019 address to the General Assembly and had repeatedly called for international attention and efforts to address it.

After the adoption of the resolution by consensus, several member states hailed the document, but representatives of India, France, and the European Union expressed reservations that while religious intolerance was prevalent all over the world, it singled out only Islam and excluded others. In fact, Indian Ambassador T.S. Trimurti complained that the resolution did not cover anti-Hindu phobia, among other religions.

In his introductory remarks, Ambassador Akram said Islamophobia’s manifestations – hate speech, discrimination, and violence against Muslims – were proliferating in several parts of the world.

“Such acts of discrimination, hostility, and violence towards Muslim individuals and communities constitute grave violations of their human rights and violate their freedom of religion and belief; they also cause great anguish within the Islamic world,” the Pakistani envoy said.

Noting the report of UN Special Rapporteur on Freedom of Religion or Belief that “Since 9/11 terrorist attacks, institutional suspicion and fear of Muslims and those perceived to be Muslim has escalated to epidemic proportions,” he said in such climates of exclusion, fear, and distrust, “Muslims often feel stigma, negative stereotyping and shame and a sense that they are ‘suspect communities’ that are being forced to bear collective responsibility for the actions of a small minority.

“The spread of Islamophobia, both in terms of the phenomenon’s momentum and outreach, is particularly alarming these days, for it has emerged as a new form of racism characterized by xenophobia, negative profiling, and stereotyping of Muslims,” Ambassador Akram said.

“The rise in hate crimes against Muslims both offline and online, as well as discrimination in education, citizenship, immigration, employment, housing, and healthcare sector, among others are well documented.

The gender aspect of Islamophobia is also gaining prominence, with girls and women being targeted due to the mode of their dress and the general notion that Muslim women are oppressed and thus must be ‘liberated’.”

What indeed is worrisome, the Pakistani envoy said, was that Islamophobia “continues to find strong resonance in political spheres, ultimately leading to the institutionalization of Islamophobia through new legislation and policies such as discriminatory travel bans and visa restrictions”.

“Various academic studies have revealed that Islamophobia is most visible in the media and in the discourse of far-right groups and political parties and groups, who tend to exploit and build on the general fear of Islam for electoral gains.”

In some countries, he said anti-immigration and anti-refugee rhetoric had taken an anti-Muslim overtone and had often become the central theme of political campaigns.

Ambassador Akram voiced grave concern that several media outlets continued to propagate fear and negative stereotypes against Islam and Muslims, notably by acting as a platform for the widespread dissemination of anti-Muslim rhetoric.

“Despite its pervasive impacts, Islamophobia remains poorly understood, it is essential to promote greater information of this phenomena and promote solutions through greater understanding and full respect for human rights and fundamental freedoms.”

From the OIC perspective, Ambassador Akram said, the draft resolution served to achieve the following objectives:

— Raise international awareness about the growing phenomenon of Islamophobia and anti-Muslim hatred;
— Send a clear message that the world opposes all forms of racism, racial discrimination, xenophobia, negative stereotyping, and stigmatization;
— To promote the message of tolerance, peaceful co-existence, and interfaith and cultural harmony among all religions, races, and nations;
— To demonstrate by commemorating this Day unfettered solidarity with all humanity, convey a strong message of respect for human dignity, and reiterate our common commitment to ‘unity in diversity’.

“The objective of observing this Day is about uniting, not dividing,” Ambassador Akram added.”

At OIC-CFM, Pakistan to act as a bridge to promote Muslim unity: FM

At OIC-CFM, Pakistan to act as a bridge to promote Muslim unity: FM