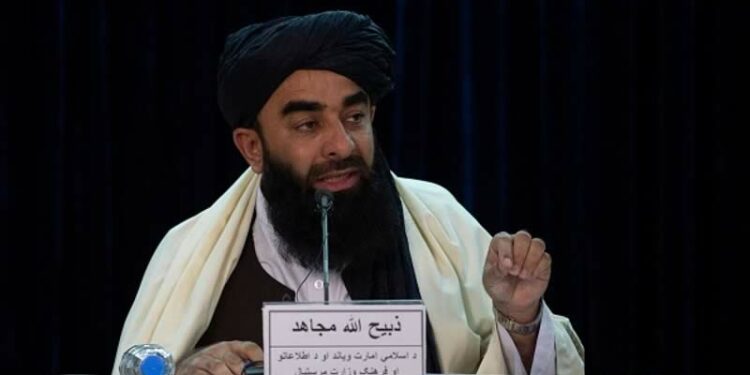 Taliban spokesman says dozens of criminals, kidnappers, and smugglers arrested in operations across Kabul and other cities.

The Taliban are conducting a huge security sweep of Kabul and other Afghan cities, their spokesman said on Sunday, going house-to-house in search of weapons and criminals blamed for a recent spate of robberies and kidnappings.

The operation, which started on Friday, has alarmed many who fear being targeted because of their association with the previous Western-backed regime or the US-led foreign forces who finally withdrew on August 31.

Some irate residents posted videos on social media showing homes they said had been trashed during Taliban searches, but several people told AFP their encounters had been polite and cursory.

“It was just my nephew at home when they came and they made a big mess,” said one resident, who asked not to be named, showing AFP a series of pictures that revealed considerable disruption.

The Taliban called the sweep a “clearing operation”.

“We are trying to take steps against those kidnappers, thieves, and looters who have weapons in their hands and threaten the lives of the people,” spokesman Zabihullah Mujahid told a news conference.

He said authorities had discovered two kidnap victims during the operation and also freed two teenage girls who they found chained in a basement.

Mujahid said light and heavy weapons, explosives, radio equipment, and drones had been seized, as well as vehicles belonging to the military or government.

Six people suspected of being members of the ISIL (ISIS) group had been arrested, he said, along with nine kidnappers and 53 “professional thieves”.

“We want to assure the residents of Kabul that these operations are not against the common people,” Mujahid said.

“The residents of the city should be confident the search is going on carefully.”

The Taliban have also stepped up street patrols in the capital and established temporary roadblocks at key intersections, where they search vehicles at random or check the identities of that inside.

Dozens of newly trained policewomen were involved in the sweep in case there were no men at houses being searched, Mujahid said.

Social media showed images and video clips of doors and wardrobes that had been bashed in, cushions and mattresses slashed open, and belongings strewn across floors.

“The intimidations, house searches, arrests, and violence against members of different ethnic groups and women are crimes and must stop immediately,” tweeted Andreas von Brandt, the European Union’s ambassador to Afghanistan.

“Despite Putin’s war we are watching you,” he added, referring to the Russian invasion of Ukraine that has dominated news cycles for the past few days.

“Afghans know what they are doing.”