US Delaying Approval of Masood Khan’s Appointment as Pakistan Envoy 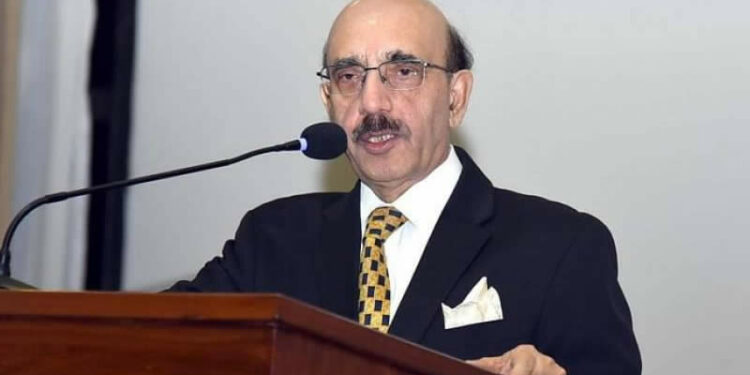 The State Department has been taking unusually long to process the agrément of Pakistan’s ambassador-designate to the United States, Masood Khan. The delay has triggered an impression of a pause in the process.

Mr. Khan was to replace the outgoing ambassador of Pakistan in Washington Asad Majeed Khan.

The request for agrément for Masood Khan had been sent to the State Department in the second week of November, a Pakistani diplomat said.

The agrément is the approval of a designated diplomat by the receiving state.

Normally, the State Department took four to six weeks to issue agrément for Pakistani ambassadors in the past, a former foreign secretary said.

“This time they are taking unusually long,” another diplomat said.

The delay has happened at a time when ties between the two allies have turned increasingly frosty due to the geopolitical environment.

The US interest in Pakistan has waned after it pulled out of Afghanistan. Moreover, Washington looks at ties with Pakistan from the prism of its strategic competition with China, although Islamabad has repeatedly said that it was not part of any camp politics.

Indian lobby in Washington is looking at the delay as an opportunity for itself and is trying to scuttle Mr. Khan’s appointment on the pretext of his advocacy for the Kashmiri freedom struggle.

“While I’m encouraged that the State Department has reportedly placed a pause on approving Masood Khan as the new ambassador from Pakistan, a pause is not enough. I urge you to reject any diplomatic credentials presented to you by Masood Khan and reject any effort by the Government of Pakistan to install this jihadist as Pakistan’s ambassador to the United States,” Scott Perry, a congressman, wrote to President Biden.

People in FO believe that the delay was because of Mr. Khan’s last position as the president of AJK.

FO Spokesman Asim Iftikhar did not respond to a query sent to him on this issue.

An American diplomat, who has previously worked in Pakistan and is currently in Washington, played down the situation as possibly a procedural matter.

He said the delay was probably due to the State Department operating on maximum telework because of Omicron. Moreover, he said, Mr. Khan’s credentials had been submitted at the cusp of the holiday season which was the slowest period of the entire year.

The US had at the end of October nominated Donald Blome as the new envoy to Pakistan. Islamabad has already issued his agrément.

Opposition's Haste for no Trust Move to Save Looted Wealth: PM Imran