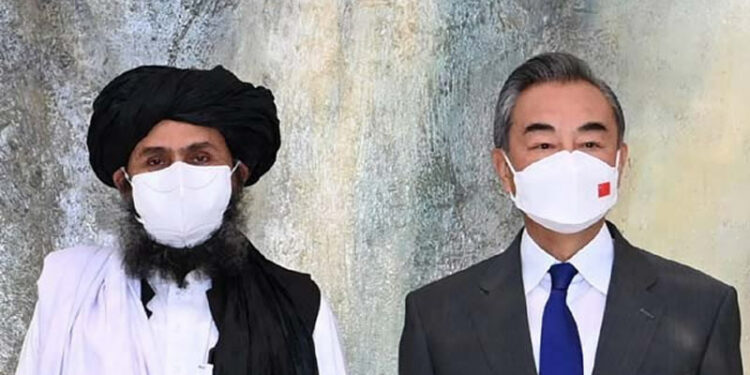 China will be the Taliban’s “main partner” and will help rebuild Afghanistan, said the group’s spokesperson Zabihullah Mujahid.

“China will be our main partner and represents a great opportunity for us because it is ready to invest in our country and support reconstruction efforts,” Mujahid said in an interview published by Italian newspaper La Repubblica on Wednesday.

He said the Taliban value China’s Belt and Road Initiative as the project will revive the ancient Silk Road.

He said China will also help Afghanistan fully utilize its rich copper resources and give the country a path into global markets.

The Taliban also view Russia as an important partner in the region and will maintain good relations with Moscow, he added.

Speaking about the Kabul airport, Mujahid said the facility is fully under Taliban control but has been seriously damaged.

Qatar and Turkey are leading efforts to resume operations at the airport, he told the Italian publication.

“The airport should be clean within the next three days and will be rebuilt in a short time. I hope it will be operational again in September,” he said.

On relations with Italy, Mujahid said the Taliban hope Italy will recognize their government and reopen its embassy in Kabul.

The Taliban took control of Afghanistan on Aug 15, forcing President Ashraf Ghani and other top officials to flee the country.

The group has been working to form a government and an announcement is expected on Friday.

During Chinese Foreign Minister Wang Yi’s meeting with a Taliban delegation in the northern Chinese port city of Tianjin in July this year, he said he hoped Afghanistan could adopt a moderate Islamic policy.

China has cited religious extremism as a destabilizing force in its western Xinjiang region and has long worried that Taliban-controlled territory would be used to harbor separatist forces.

Beijing has sought to maintain unofficial ties with the Taliban throughout the US’ withdrawal from Afghanistan, which spurred an advance by the insurgents across the country that saw them capture the capital Kabul.

A top-level Taliban delegation met with Chinese Foreign Minister Wang Yi in Tianjin, promising that Afghanistan would not be used as a base for militants.