Pakistan and Saudi Arabia on Tuesday discussed measures to ease Covid-19 travel restrictions, which have stranded around 400,000 Pakistani workers back home, foreign ministers of the two countries told reporters. 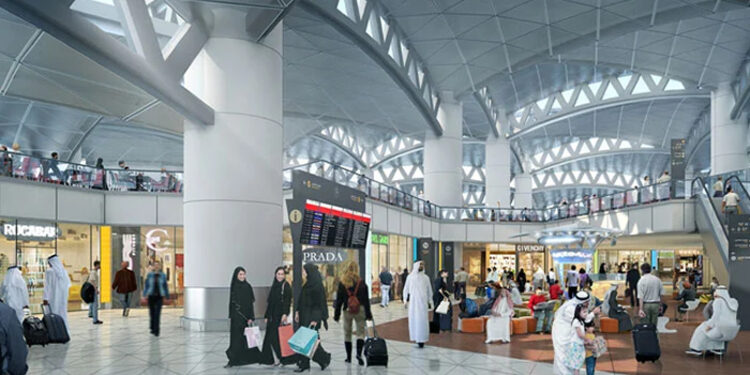 Foreign Minister Shah Mehmood Qureshi took up the issue with his Saudi counterpart Prince Faisal bin Farhan Al Saud, who is on a day-long visit to Pakistan.

Al Saud is the first high-profile Saudi official to arrive in Pakistan after cracks in their historically friendly relations earlier this year.

Qureshi told a joint news conference in Islamabad that around 400,000 of over two million Pakistani workers in Saudi Arabia had been stranded at home due to travel restrictions.

Saudi Arabia, which bars direct travel from Pakistan, has only approved the AstraZeneca, Pfizer, Moderna and Johnson, and Johnson vaccines, so anyone arriving without one of those shots is required to quarantine at a cost many Pakistani workers say they cannot afford.

Most of the people in Pakistan have received a Chinese vaccine, although Al Saud said his government had given Covid-19 shots to 1.7 million Pakistani workers.

The Pakistani workforce in Saudi Arabia contributes $7 billion, or a quarter of the country’s total annual remittances.

“We talked about the challenges that Covid-19 has imposed on all of us. It has imposed challenges, travel restrictions, all of these we are working on,” Al Saud said.

Would-be Pakistani expatriate workers, desperate to obtain a Pfizer/BioNTech or AstraZeneca Covid shot so they can travel to work in Saudi Arabia, have been holding violent protests, at times storming vaccination centers.

Earlier, Al Saud said the kingdom was looking to expand the dimensions of its relationship with Pakistan through the Saudi-Pakistan Supreme Coordination Council (SP-SCC).

The SP-SCC, which is co-chaired by Saudi Crown Prince Mohammad bin Salman and Prime Minister Imran Khan, was established after the two leaders signed an agreement in this regard in May while the latter was on a three-day official visit to Saudi Arabia.

Referring to the visit, the Saudi foreign minister was in Pakistan “to follow up on the important visit of Prime Minister [Imran Khan] to Saudi Arabia in May, during which we established the Saudi-Pakistan Supreme Coordination Council”.

He said he hoped that the council would turn out to be a “milestone in taking the relationship between [Saudi Arabia and Pakistan] to new levels, institutionalizing it and exploring all the opportunities that it has to offer”.

Prince Faisal added that while Pakistan and Saudi Arabia had worked in multiple areas in the past as well, he believed that the SP-SCC would be a “more effective tool” to enhance bilateral cooperation between the two countries.

The Saudi foreign minister emphasized the importance of enhancing economic ties, saying that it had been the main focus of his discussion with Qureshi prior to the press conference.

“We focused very much on the economic side of the relationship and on opportunities to expand it beyond the traditional areas of investment.”

He also stressed expanding bilateral coordination in the areas of technology and the environment.

The foreign minister added that security and stability were the keys to economic prosperity and therefore, Pakistan and Saudi Arabia had agreed to work together on ensuring stability in each others’ regions.

“We have agreed to work [together] on regional issues, whether it’s Kashmir, Palestine, or Yemen. We will work together to ensure stability in both our regions.”

Prince Faisal said Pakistan and Saudi Arabia had a relationship that “goes back many decades and is founded in brotherhood”.

“We have supported each other in many areas and will continue to do so,” he said, adding that his government valued the contribution of the Pakistani community to Saudi Arabia’s economy and was working to expand opportunities for it in the kingdom.

‘Improving economic linkages’
Earlier in the press conference, Qureshi termed the ties between Pakistan and Saudi Arabia “historic”, saying that both the countries were “very comfortable” with the way things were moving on the bilateral front.

“What we are focused now on is improving our economic linkages through the enhancement of bilateral trade and promotion of investments,” he said, adding that both the countries aimed to achieve this through the establishment and activation of a special body — the Saudi-Pakistan Supreme Consultative Council.

Qureshi said in talks with his Saudi counterpart, he discussed how the body would be structured and what should be their work plan for the purpose.

“We have [also] decided that there will be a focal person at the Ministry of Foreign Affairs here and in Saudi Arabia to oversee the progress on the bilateral front,” he said, adding that it would let them look at the bilateral relations in an “institutionalized way”.

The foreign minister identified Vision 2030, a national transformation plan introduced by the Saudi government, as an area in which Pakistan could contribute.

“Our skilled and semi-skilled professionals can make [significant] contributions to Vision 2030,” he said.

In this connection, he also highlighted the importance of building cultural ties through cultural diplomacy.

He added that he and the Saudi foreign minister had also discussed opportunities for Saudi investors to invest in special economic zones under the China Pakistan Economic Corridor.

Qureshi thanked Prince Faisal and the Saudi government for its “unwavering support” to Pakistan on matters relating to the Financial Action Task Force and on the issue of occupied Kashmir.

“They [Saudi Arabia] have shown clarity and consistency in supporting Pakistan [on the Kashmir issue].”

Moreover, he said, he had a discussion on the evolving situation in Afghanistan with Prince Faisal and their approach on the matter was the same.

Prince Faisal, accompanied by a delegation of senior officials of the Saudi government, reached Islamabad today (Tuesday) morning, according to Radio Pakistan.

He was received by senior officials of the Foreign Office (FO) at Nur Khan airbase. The foreign minister was later welcomed by Qureshi, on whose invitation he is visiting Pakistan, at the FO, APP reported.

The visit was announced in a statement issued by the FO a day earlier, saying that Prince Faisal was visiting the country to discuss bilateral ties as well as “regional and international issues” with his Pakistani counterpart.

The Saudi foreign minister would also call on other dignitaries during the visit, the statement had added.

Hours before the visit, the FO had tweeted: “Senior high-level delegations held talks on Saudi-Pakistan relations, in the run-up to visit of HH Prince @FaisalbinFarhan. A key focus was on Saudi-Pak Supreme Coordination Council, the highest level platform to provide strategic direction to bilateral ties. Saudi side was led by Amb Eid Al-Thaqafi.”

Pakistan-Afghanistan cricket series in Sri Lanka Postponed Until next year