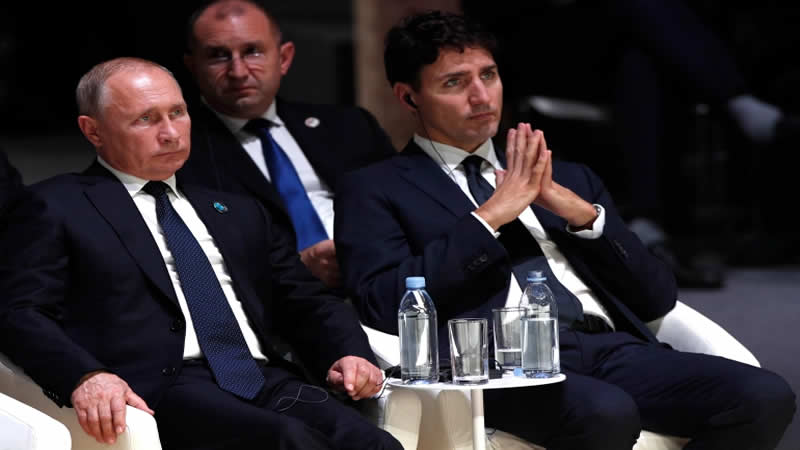 The Russian foreign ministry said in a statement on Monday that the nine Canadians had been banned from entering Russia “for an undetermined period”.

Senior army official Mike Rouleau, Minister of Intergovernmental Affairs Dominic LeBlanc and Marci Surkes, a senior official in the office of Prime Minister Justin Trudeau, are also on the list.

Canada said at the time that its sanctions were a response to “gross” rights violations and the silencing of Navalny, President Vladimir Putin’s most outspoken domestic critic.

Navalny imprisonment
Russian opposition figure Navalny was imprisoned on his return to Russia in January from Germany where he was treated for what German authorities concluded was poisoning in Russia with a banned nerve agent.

The Kremlin says it has seen no evidence he was poisoned and that his jailing is not political.

The anti-corruption campaigner declared a hunger strike in March to demand proper medical treatment behind bars for a growing list of health complaints, including numbness in his limbs.

In an increasingly weak state from the hunger strike, Navalny was transferred to a prison hospital on April 20 amid warnings from the West of serious consequences if he died.

The 45-year-old politician called off the strike three days later. On Monday, his team said he had been transferred back to his penal colony in Pokrov, 100km (60 miles) west of Moscow.

The European Union and the United States have also slapped fresh sanctions on Moscow over its treatment of Navalny since his return to Russia.