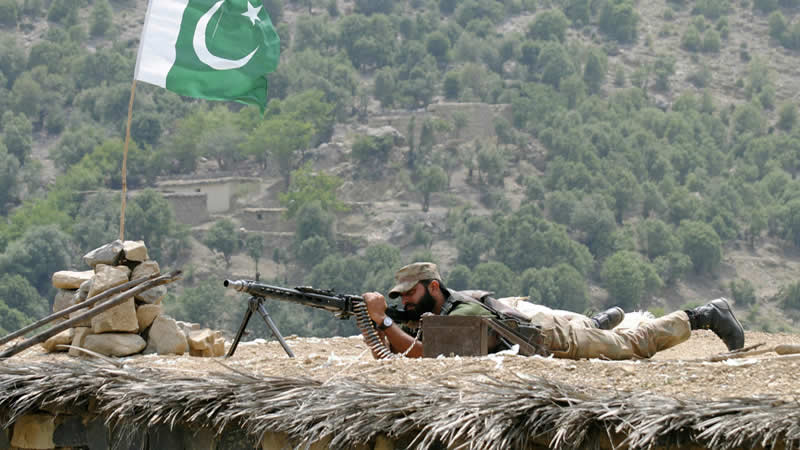 In a statement, the Inter-Services Public Relations (ISPR) identified the martyred soldier as 26-year-old Lance Naik Waqas Ahmed from Karachi.

It said that a cordon and search operation was being carried out in the area to apprehend any terrorists present there.

“Pakistan Army is determined to eliminate the menace of terrorism and sacrifices of our brave soldiers further strengthen our resolve,” it added.

A day earlier, three children were killed and two others injured when a “toy bomb” went off in Ladha tehsil of South Waziristan.

Sources said the children had found a toy-like device near their house in the Tangi Badeenzai area and were playing with it when it exploded.

Last month, Member of the National Assembly Mohsin Dawar had called upon President Arif Alvi to convene a joint session of parliament to discuss the situation in the tribal region, especially in North and South Waziristan districts.

“The security situation in the newly merged districts of Khyber Pakhtunkhwa, in general, and in the districts of North and South Waziristan, in particular, continues to deteriorate,” Dawar had said.

The MNA pointed out that the regrouping of Taliban factions in these areas posed a threat to the country’s peace and security.

In his two-page letter, the legislator recalled that over the last few months, the Utmanzais in North Waziristan, the Ahmadzai Wazirs in South Waziristan and the locals in Jani Khel, Bannu, had held large gatherings to convey their concerns to the state.