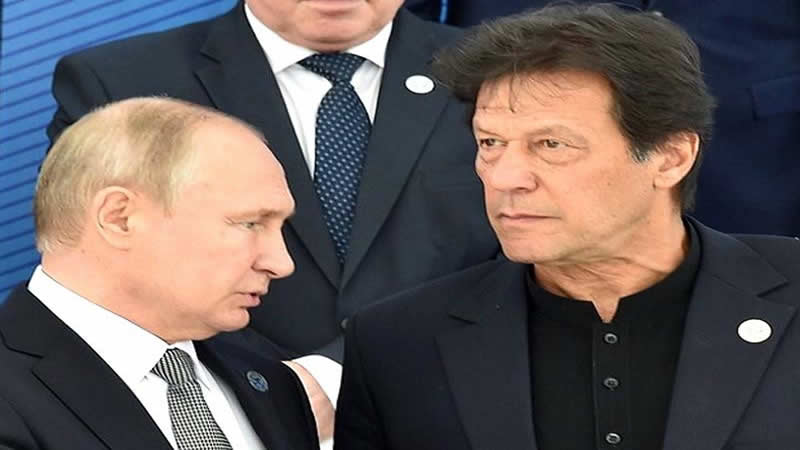 The prospects of Russian President Vladimir Putin’s maiden trip to Pakistan have brightened after Islamabad and Moscow last week signed a fresh agreement to lay a gas pipeline from Karachi to Kasur, officials said on Monday

The North-South Gas Pipeline that has now been renamed as Pakistan Steam Gas Pipeline is a flagship project the two countries intend to undertake ever since they decided to bury their Cold War rivalry and enter into a new era of bilateral ties.

The agreement was originally signed in 2015 but because of possible US sanctions on the Russian companies and other issues, the work on 1,122-kilometre-long pipeline could not be initiated.

However, the two sides finally overcome those obstacles and signed an amended agreement that would now give 74 per cent stakes in the pipeline to Pakistan.

Earlier, the 100% pipeline was to be built by Russia under ‘built, operate and transfer’ model. The project will cost around $2.25 billion. Once completed, the pipeline will help address the shortage of gas in Punjab. The LNG that Pakistan now imports will be re-gasify through this proposed pipeline.

Officials familiar with the development said the project not only has economic but strategic significance for Pakistan. They said Pakistan wanted to broaden ties with Russia as part of its efforts to diversify its foreign policy options.

In April, Russian Foreign Minister Sergey Lavrov visited Islamabad after a gap of almost 9 years. During the visit, he conveyed a message to Pakistani leadership on behalf of President Putin that Moscow is willing to extend all possible help to Islamabad.

Both sides are working on the visit of the Russian president to Pakistan. Prime Minister Imran Khan has already extended a formal invitation to President Putin.

However, diplomatic sources say Putin wants to undertake a visit when he has something big to sell. With the signing of the Pakistan Steam Gas Pipeline agreement, the prospects of Putin visiting Pakistan have brightened significantly.

Pakistan is keen that President Putin inaugurates the groundbreaking of the gas pipeline project, which may kick off later this year or early next year.

The likely visit of President Putin will be the culmination of years of efforts by two sides to open a new chapter in their ties that were marred by the Cold War rivalry.

The two countries are not just exploring options to deepen economic ties but Russia is also now keen to sell arms to Pakistan, something it avoided in the past because of opposition by India.

The two countries have already been holding regular joint military exercises since 2016 which is another sign of deepening ties between Moscow and Islamabad.

Besides that, the two countries also share the same view on key regional and international issues including Afghanistan.