by Top
in Entertainment, International News
0 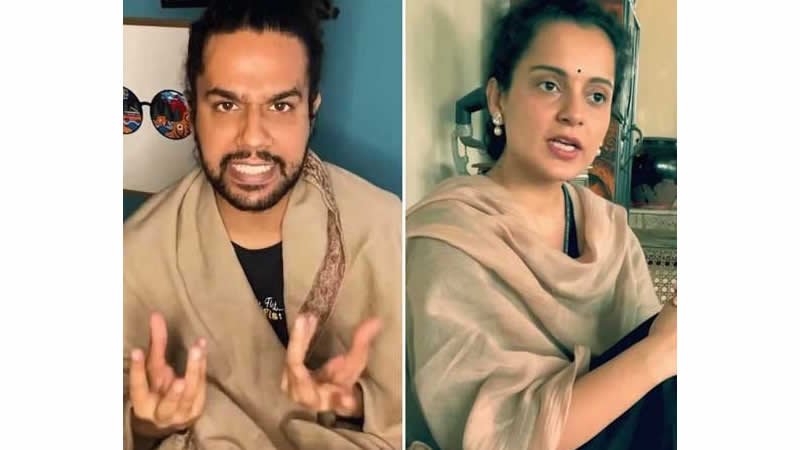 Ali Gul Pir has shared yet another video of his take on Bollywood actor Kangana Ranaut, who recently called out ‘foreign daddies’ for portraying the ‘wrong image of India’ and how the international media is handling the coverage of the surge in Covid-19 cases in the country.

“India is shown as if its people have just evolved from monkeys to humans. They behave as if a few white people must come and make you their slaves, tell you what to do, how to behave, eat, tell you what a democracy is, whom to choose, you just don’t have the sense to do what is right. So we will tell you what to do,” she said in her video.

Ali then took to Instagram and shared a rib-tickling version of the same. Many, among Kangana herself, laughed over the video on Twitter. “Apa Kangana reminds us of the dangers of news reporting by comparing it to a pandemic. If news stops, deaths will too!” the rapper tweeted.

The Queen star responded, “At least you are funny and made me laugh.”

Ali then wrote, “Well we might disagree on many things but at least we can laugh together.”

To this, the rapper tweeted back saying, “Oh okay! I understand. Like someone who doesn’t have talent, hasn’t done much work and relies on controversy and putting people down to stay in the news. Thanks for clearing it out for me #GoKangana #DiePoorFarmers.”