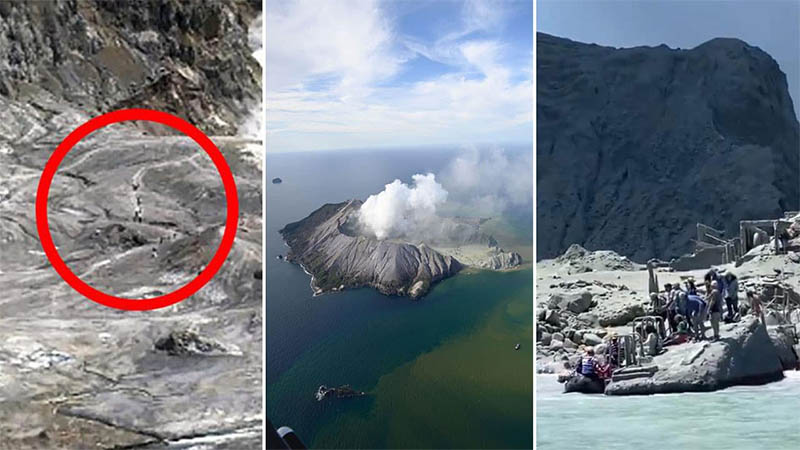 Five people have been killed and police fear there may be more deaths after a volcanic eruption in New Zealand.

White Island – which sits off the country’s North Island – erupted at 2.11pm local time (1.11am UK time) on Monday with about 50 people on or around the active volcano.

Twenty-three people were rescued from the area but it is feared there are still more stranded there with 27 people still unaccounted for.

Five people are confirmed to have died and 20 are being treated for their injuries. Seven people have been left fighting for their lives in hospital, according to local news reports. National Operation Commander Deputy Commissioner John Tims, of New Zealand Police, told a press conference at 8.10am UK time: “There are five people now deceased from the eruption on White Island. “We have taken advice from experts that the island is unstable.”

rime Minister Jacinda Ardern had originally put the number of people on or in the vicinity of White Island – an active volcano also known by its Maori name of Whakaari that is a regular tourist destination – at 100 but officials have since downscaled that.

A police spokesman said earlier today: “While it was initially believed there were approximately 100 people on or near the island at the time of the eruption, we now believe there were fewer than 50.

“Some of those people have been transported to shore, however a number believed to be on the island are currently unaccounted for.

“Emergency services are working to ensure the safety of everyone involved, including rescue staff.​”​

The New Zealand Herald reported that people covered in ash could be seen arriving for treatment after being transported from rescue helicopters.