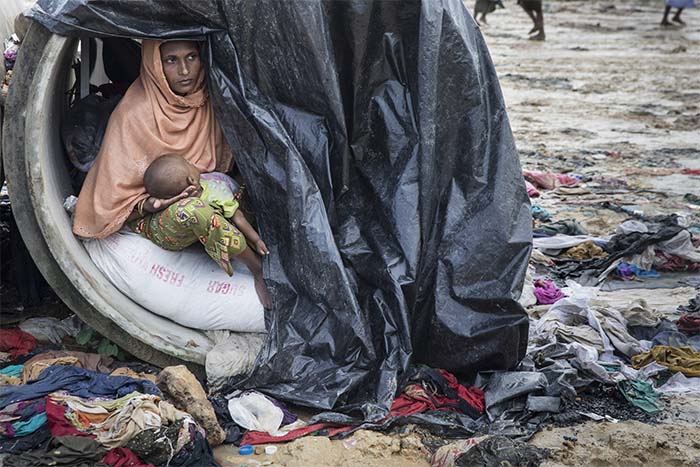 The UN refugee agency (UNHCR) says nearly 69 million people who have fled war, violence, and persecution were forcibly displaced in 2017 — a new record for the fifth year in a row.

The number of refugees and internally displaced people increased by 4.6 percent in 2017 as compared to the previous year, according to the UNHCR’s annual Global Trends Report published on June 19. It said nearly 70 percent of the refugees have fled from five countries: Syria, Afghanistan, South Sudan, Burma, also known as Myanmar, and Somalia. UN High Commissioner for Refugees Filippo Grandi said the flow of refugees could be slowed down greatly if some of the wars and crises in these countries were solved.

“But we haven’t seen any significant progress in peacemaking or peace-building in any of these countries,” he added. By the end of last year, Syria’s conflict pushed more than 6.3 million people out of the country, accounting for nearly one-third of the global refugee population, UNHCR said. Another 6.2 million Syrians are internally displaced.

The second-largest refugee-producing country, Afghanistan, saw its refugee population grow by 5 percent in 2017 to 2.6 million people. The increase was due mainly to births and more Afghans being granted asylum in Germany, the report said. Turkey, Pakistan, Lebanon, and Iran were among the main host countries for refugees.