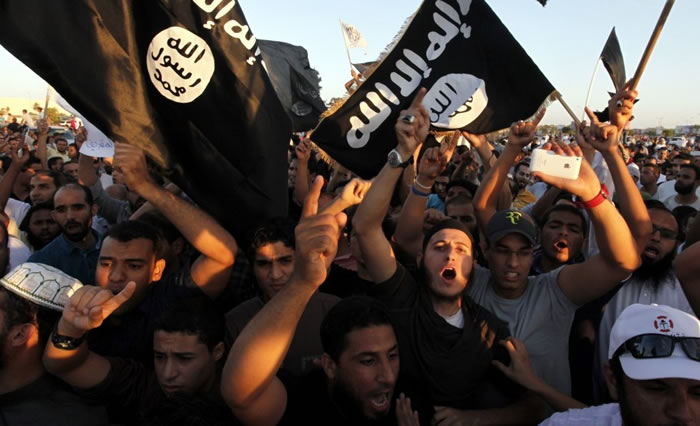 The law enforcement agencies on Thursday have continued action to nab members of banned outfit Ansar-al-Sharia in parts of the country including Karachi. The security personnel have arrested a police officer for facilitating militants and an alleged terrorist of Ansar-al-Sharia, who works at a marble factory, from Karachi’s Nazimabad area.

Earlier, intelligence agencies raided various locations in Multan and arrested Talha Ansari, an alleged fugitive terrorist of Ansar-al-Sharia. Ansari is a close aide of Abdul Karim Sarosh Siddiqui, a central commander of the outfit and the mastermind of the attack on Izharul Hassan. On the other hand, professor at University of Karachi, Mushtaq from was detained in Quetta whereas Mufti Habib was apprehended from Pashin. On Wednesday, Ansar-al-Sharia’s head Doctor Abdullah Hashmi made some shocking revelation and admitted that they started target killing of police to prove a point.

Let it be known that Ansar-al-Sharia consists of highly educated boys of institutions like University of Karachi, NED University of Engineering and Technology, and Dawood University of Engineering and Technology. Dr Abdullah also confessed that his group has been trained in Afghanistan. The suspect identified as Hassaan who got killed while attempting Khawaja Izharul Hassan’s assassination was 27 years old, he said. Hassaan aka Waleed was a teacher at Dawood University and his salary was Rs45000, he added. Abdullah Hashmi further told that Hassaan used to give half of his money to the outfit, and half to his family.