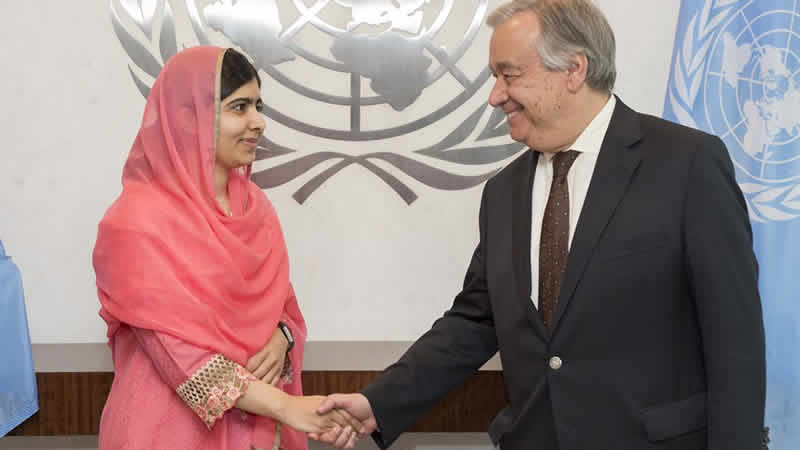 Malala Yousafzai became the youngest ever UN Messenger of Peace. She was designated the role at a ceremony in New York on Monday.

UN Secretary General Antonio Guterres described her as a “symbol of perhaps the most important thing in the world, education for all”.

Ms Yousafzai follows in the footsteps of boxing great Muhammad Ali, Leonardo Di Caprio, Stevie Wonder and Charlize Theron who have all been UN Messengers of Peace. Accepting the accolade, Malala tells a packed hall at the UN that she is proud of being a Pakistani.

Malala Yousafzai emphasised the importance of education, especially education of girls, for advancing communities and societies. “If you want to see your future bright, you have to start working now and not wait for anyone else,” Malala said.