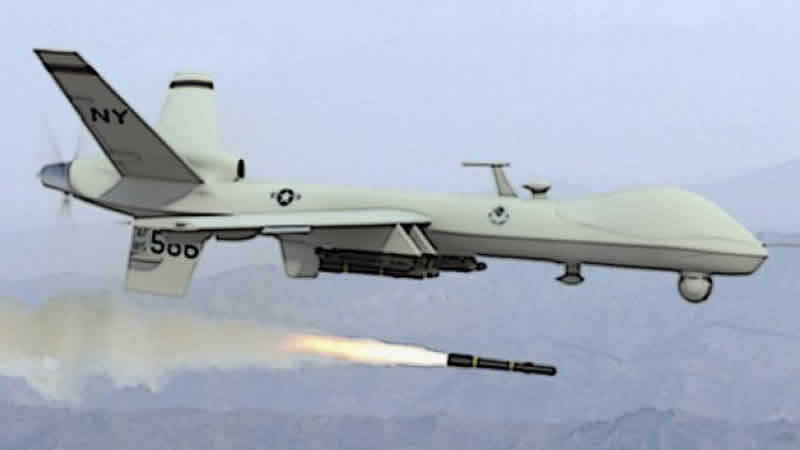 A US drone strike targeted a senior Al-Qaeda leader in northeastern Afghanistan and his deputy on Sunday, a US military official said.

The strike in Kunar province targeted Farouq al-Qahtani, Al-Qaeda’s emir for northeastern Afghanistan, and his deputy Bilal al-Mutaybi, the senior US defense official said. The US military believes the men were killed but has not confirmed the strike was successful. We feel pretty confident,” the official said, speaking on condition of anonymity to discuss the matter. The Pentagon first started tracking Qahtani years ago. Military officials had him in their sights in 2012 and almost conducted a strike then, but the mission was scrapped at the last minute because of the risk of civilian casualties. Qahtani and his deputy were in Hilgal village in Kunar’s Ghazi Abad district, officials said.

They were in two separate buildings a few hundred meters (yards) apart and were targeted almost simultaneously by multiple drones. Provincial spokesman Abdul Ghani Mosamem told AFP at least 15 insurgents were killed, including two Arabs. A number of Pakistani Taliban fighters were also among the fatalities, he said. An Afghan intelligence official in the province also confirmed two Arabs were killed in the strikes. Qahtani and Mutaybi are well-known senior Al-Qaeda commanders in Kunar, and had been actively involved in recruiting local young people for the group.

Qahtani was born some time between 1979 and 1981 in Saudi Arabia and is a Qatari national. In February this year, the US Department of the Treasury designated Qahtani, also known as Nayf Salam Muhammad Ujaym al-Hababi, as a specially designated global terrorist. Al-Hababi has a long history of directing deadly attacks against US forces and our coalition allies in Afghanistan, along with plotting al-Qaeda terrorist operations in the United States and around the world,” Acting Under Secretary for Terrorism and Financial Intelligence Adam Szubin said at the time.

In October 2001, in response to the 9/11 attacks, President George W. Bush launched military operations to dislodge the Taliban from Afghanistan and capture or kill Al-Qaeda militants they were harboring. Their numbers have since been decimated, but the United States continues to target the group’s remnants. Qahtani has operated in Afghanistan since at least 2009 and led an Qaeda battalion since at least mid-2010, Treasury officials said. They added that he had planned to carry out multiple attacks against the United States and other Western nations. -samaa