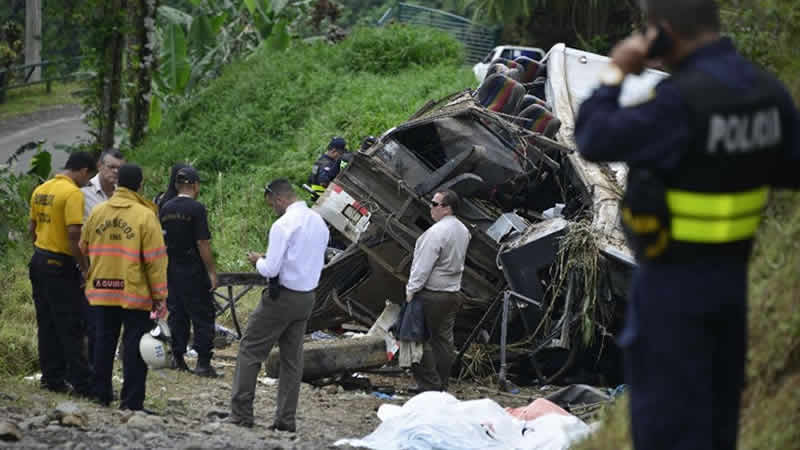 A bus plunged off a steep road in a mountainous area north of Costa Rica’s capital on Thursday, killing 12 people and injuring another 12, rescue officials said.

The 31 passengers on the bus were retired staff members of Costa Rica’s National University on their way to an indigenous reserve to carry out social work, the institution’s rector said. It looks like the bus’s brakes failed,” Esteban Gonzalez, the son of one of the survivors, told a Costa Rican television network.

The accident occurred near Cinchona, a village around 25 kilometers (15 miles) north of the capital San Jose, on a road winding between two volcanos. Hector Chavez, director of the fire service, confirmed the accident toll.

TV images showed the pancaked blue and white bus lying on a lower stretch of road where it had come to rest. Stunned survivors sat by the side of the road, some with bandages. Helicopters were used to transport the more seriously injured to hospitals in San Jose. Five were in critical condition, according to Red Cross paramedics.