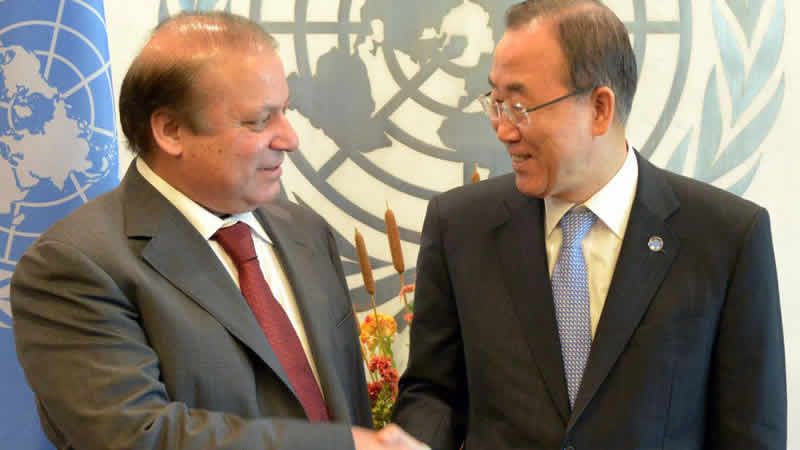 PM Nawaz said that use of pellet guns in Kashmir has blinded many innocent men, women and children. He appreciated Ban Ki-moon s statement about solution of Kashmir issue. On the other hand Ban Ki-moon praised Pakistan s efforts for keeping peace in the whole world.

Nawaz Sharif also told Iranian President Hassan Rouhani about Kashmir issue, who said that security of Pakistan and Iran is connected to each other. He also appreciated China Pakistan Economic Corridor (CPEC) and wished that Iran could also be part of it.