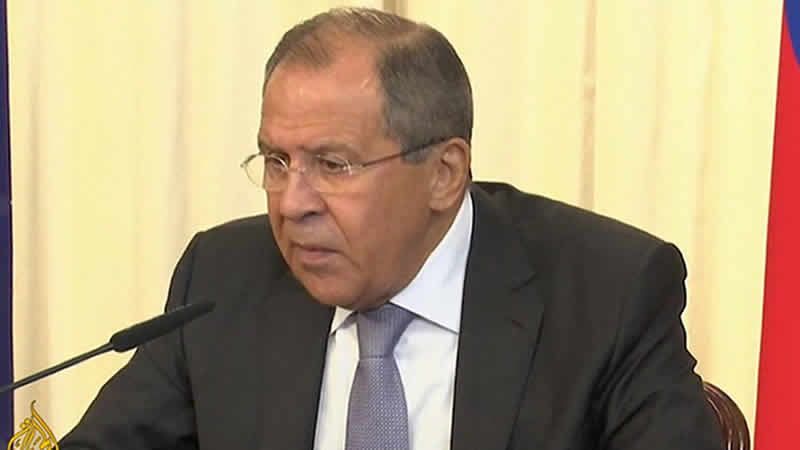 Moscow says use of airbase does not violate a UN resolution that prohibits supplying fighter jets to Tehran.

Russia has said its use of an Iranian airbase to carry out bombing missions in Syria does not violate a UN resolution that forbids supplying fighter jets to Tehran.

“No supplying, selling or transferring of warplanes to Iran has occurred,” Russian Foreign Minister Sergei Lavrov said on Wednesday in comments reported by the Russian state news agency TASS. Lavrov was responding to comments by US State Department spokesman Mark Toner, who said on Tuesday that Russia might be violating UN Security Council Resolution 2231 by using Iranian territory to launch air raids in Syria.

The resolution bans the supply, sale or transfer of combat aircraft to Iran unless approved in advance by the UN Security Council. Toner also described Russia’s move as “unfortunate but not surprising or unexpected”, saying the air strikes that Russia says target the Islamic State of Iraq and Levant in Syria actually “predominately target moderate Syrian opposition forces”.

The defence ministry in Moscow said on Wednesday that Russian Su-34 warplanes took off from an airbase in Iran and conducted a raid against ISIL in the Syrian province of Deir al-Zour. The attack hit two ISIL command points and large training camps, “eliminating more than 150 militants”, the ministry said in comments carried by TASS. On Tuesday, Russian fighetr jets used an Iranian airbase for the first time for military actions in Syria, TASS reported.

The airbase, in Iran’s western Hamadan region, is much closer to ISIL targets than the Khmeimim airbase, which Russia had previously been using, in coastal northern Syria. Russia and Iran are longtime allies of Syrian President Bashar al-Assad, and Moscow and Washington support opposing sides in Syria.