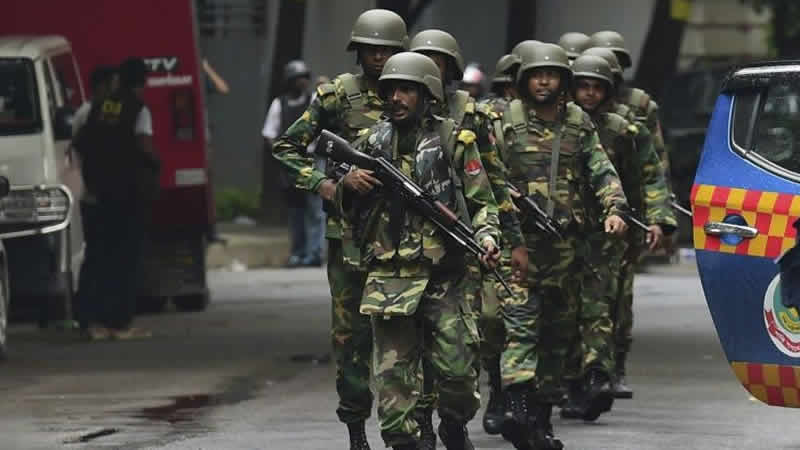 One suspect was arrested following the police operation in the city’s Kalyanpur neighbourhood in the early hours of Tuesday morning, Dhaka Metropolitan Police Deputy Commissioner Masud Ahmed said. Nine Islamist militants were killed after two hour-long gunfight,” Masud Ahmed said. Police said the nine were killed during a raid on a five-story building suspected of being a safehouse.

All of them belong to a militant group but still it is not clear which group they are,” an unnamed police official told Reuters. Authorities said they suspect the nine were members of the banned group Jumatul Mujahedeen Bangladesh (JMB), which has been linked to the July 1 attack on a cafe in the Dhaka where 22 people were killed, including nine Italians, seven Japanese, an American and an Indian.

The Islamic State of Iraq and the Levant (ISIL, also known as ISIS) claimed responsibility for the cafe attack and other recent killings. Government officials, however, deny ISIL is present in the country and has blamed the JMB. On Sunday, police said they arrested four female members, aged 18 to 30, of a home-grown group they believe was plotting an attack. Grenade-making materials and crude bombs were found during the arrest, police said.