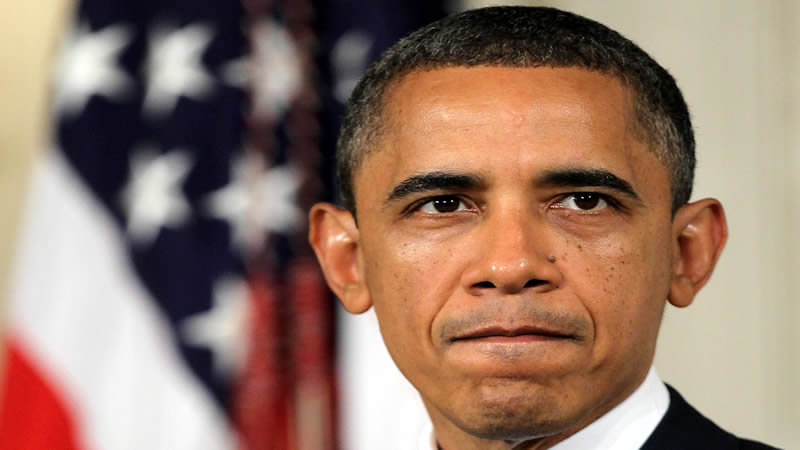 The U.S. Supreme Court on Thursday dealt President Barack Obama a harsh defeat by blocking his plan to spare millions of illegal immigrants from deportation in a split 4-4 ruling that was a setback for his attempts to bypass the Republican-led Congress.

The ruling, coming seven months before Obama’s term in office ends, marked the latest success that his Republican adversaries have had in thwarting a major policy initiative of the Democratic president.

It also guarantees that immigration will remain a prominent part of the campaign ahead of the Nov. 8 election in which voters will pick his successor. The 4-4 decision left in place a 2015 lower-court ruling blocking the plan, which was never implemented. Obama’s 2014 plan was tailored to let roughly 4 million people – those who have lived illegally in the United States at least since 2010, have no criminal record and have children who are U.S. citizens or lawful permanent residents get into a program that shields them from deportation and supplies work permits. Obama’s plan was blocked by lower courts and never went into effect. It was immediately challenged in court by Republican-governed Texas and 26 other states that argued that Obama exceeded his presidential powers by taking the executive action and bypassing Congress. The court, with four conservative justices and four liberals, appeared divided along ideological lines during oral arguments on April 18. The 4-4 ruling constituted one sentence saying the court was equally divided with no written opinions.

The split was possible because there are only eight justices following February’s death of conservative Antonin Scalia. The Obama administration could ask the high court to rehear the case, as losing parties in two other cases in which the court has split 4-4 have done. The court has not yet acted on those other petitions. The states argued that Obama overstepped the powers granted to him by the U.S. Constitution by infringing upon the authority of Congress. Today’s decision keeps in place what we have maintained from the very start: one person, even a president, cannot unilaterally change the law. This is a major setback to President Obama’s attempts to expand executive power, and a victory for those who believe in the separation of powers and the rule of law,” said Texas Attorney General Ken Paxton, a Republican. Republican U.S. House of Representatives Speaker Paul Ryan said the ruling “makes the president’s executive action on immigration null and void.”

Ryan described the decision as a “major victory in our fight to restore the separation of powers.” The Constitution assigns certain powers to the executive, legislative and judicial branches of the federal government. The court did not issue a ruling on the merits of the main legal question. Therefore, its action set no legal precedent to bind future presidents. The decision indicates that any major immigration policy change that would address the long-term situation of the estimated 11 million people in the country illegally would have to be enacted by Congress. This was not the first time that the Supreme Court determined the fate of an important Obama initiative.

The justices in 2012 and 2015 issued high-profile rulings preserving his signature healthcare law that Republicans have long fought. The case was viewed as an important test of the limits of presidential powers and came near the end of the Obama presidency that has been defined by unceasing fights with Republicans in Congress and in state capitals who have fought countless initiatives of the president. The issue of illegal immigration has featured prominently in the presidential campaign. Donald Trump, the presumptive Republican nominee, has called for deportation of all immigrants in the United States illegally  most of them from Mexico and other Latin American countries. After the states filed suit and shortly before Obama’s plan was to go into effect last year, a federal judge in Texas blocked it in February 2015. The New Orleans-based 5th U.S. Circuit Court of Appeals upheld that decision in November.

Republicans have been critical of Obama’s use of executive action to get around Congress on immigration policy and other issues such as gun control and healthcare. Obama took the action after House Republicans killed bipartisan immigration legislation, billed as the biggest overhaul of U.S. laws on the matter in decades and providing a path to citizenship for illegal immigrants, that was passed by the Senate in 2013. Presumptive Democratic presidential nominee Hillary Clinton criticized the decision for “throwing millions of families across our country into a state of uncertainty” and said it offered “a stark reminder of the harm Donald Trump would do to our families, our communities and our country” on immigration policy. The ruling is likely to further amplify the role the immigration debate will take in the general election battle between Clinton and Trump. Beyond that, the ruling is likely to encourage other Republicans on the campaign trail to criticize Obama for executive overreach: they now have a tangible piece of evidence to cite. And should Clinton win in November, the ruling could entice Republican lawmakers unhappy with her executive orders to challenge them through the courts.