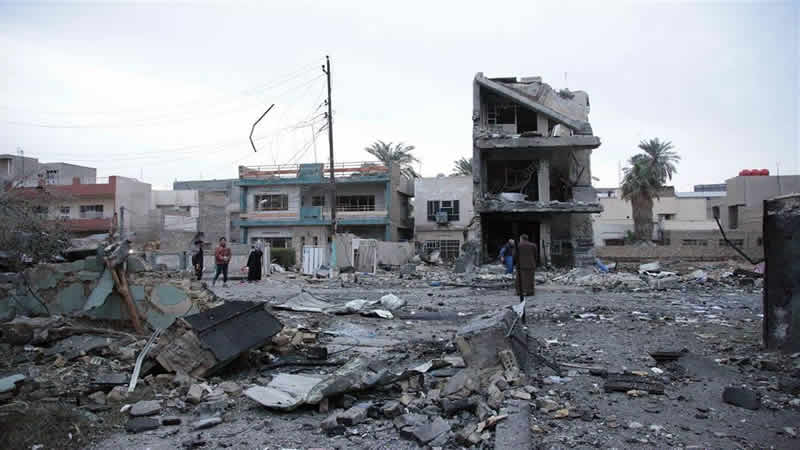 The Islamic State in Iraq and Syria (ISIS) has claimed responsibility for the large blast, according to the Amaq news agency which supports the group. The attack on a security checkpoint in the northern al-Husseiniya district killed nine people and wounded 28 others. There was no immediate claim of responsibility for the second bombing, which targeted an army convoy in Arab al-Jabour, an area of date palm groves on Baghdad’s southern outskirts.

Three people were killed there and 11 others were wounded. The Iraqi government has retaken several major cities from Islamic State in the past year, including the western cities of Ramadi and Hit, and slowly pushed the militants back towards the Syrian border. Security has gradually improved in Baghdad, which witnessed daily attacks a decade ago, though bombings against the security forces and Shia residential or commercial areas are still a regular occurrence.

A blast claimed by Islamic State hit a Shia Muslim mosque on Friday. The rise of the ultra-hardline Sunni group, which is battling government forces over control of vast territory in northern and western Iraq, has exacerbated a long-running sectarian conflict, mostly between Shias and Sunnis that emerged after the US-led invasion in 2003.