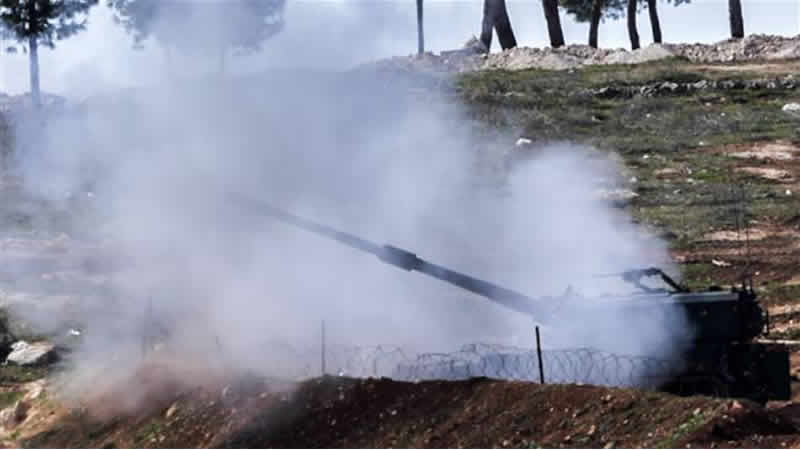 Kilis  the only town in Turkey where refugees from the war in Syria now outnumber Turkish locals has been repeatedly hit by rocket fire from areas in Syria controlled by Islamic State (IS) jihadists in recent weeks.

“Four Syrians living in Kilis, including three children were killed,” the Kilis governor’s office said in a statement. Five Syrians and one Turkish citizen were also wounded by the rocket fire which hit the town centre in a two-hour period from 1130 to 1330 GMT, it added. A Syrian shepherd was among those killed when one of the Katyusha-type rockets hit an area close to a school where he was tending his flock, the Dogan news agency said. Ten of his sheep were killed while a 14-year-old Turkish schoolboy was also wounded.

A second person was killed and four more wounded when one of the rockets hit an apartment block in another district of the town, Dogan said. It was not immediately clear how the other tw victims had lost their lives. The fire was confirmed to have come from an area in Syria controlled by IS fighters, Dogan said. Turkish armed forces hit back by firing mortar shells at IS targets inside Syria, the report added. At least 10 people have now been killed so far in strikes on the town from Syria but this was the heaviest toll recorded so far in a single day.

Two people were killed in Kilis last week by IS rocket fire from Syria, prompting protests in the town over the lack of security. Turkey’s powerful intelligence chief Hakan Fidan made a rare public visit to Kilis last week while Prime Minister Ahmet Davutoglu also vowed to protect the town. Turkish officials have repeatedly lauded the hospitality of people in Kilis towards Syrians as an example of how Turks are hosting the 2.7 million Syrians who have fled their country’s civil war to Turkey.

Neither the Islamic State group nor the Al-Qaeda-affiliated Al-Nusra Front are included in a truce brokered by the United States and Russia that came into force on February 27.  Washington has applauded Turkey’s role in the anti-IS coalition but US officials on occasion have urged Ankara to do more. In mid-February, Turkish artillery had also shelled targets of the Syrian Kurdish Democratic Union Party (PYD) inside Syria but there have been no further reports of any further such fire since the ceasefire.

Djokovic And Williams In Laureus Double For Tennis