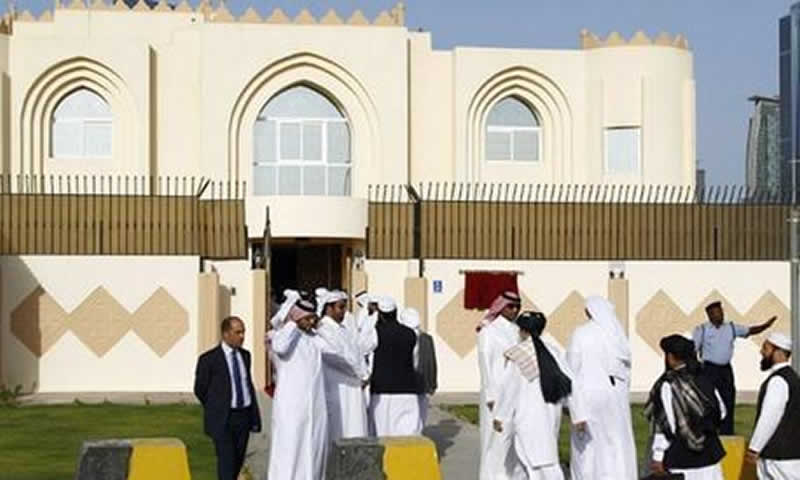 The Afghan Taliban said Sunday that its “political office” in Qatar is the only entity authorized to carry out negotiations on its behalf, reinforcing the authority of the man who took control of the group amid a tussle over command following the death of long-time leader Mullah Mohammad Omar.

The Taliban made the declaration in a summary emailed by spokesman Zabihullah Mujahid of a statement it made during unofficial, closed-door talks taking place in the Qatari capital, Doha.

Calling itself the “Islamic Emirate of Afghanistan,” the group also laid out a series of demands including the release of an unspecified number of prisoners and the removal of senior members from a UN blacklist. It described the demands as “preliminary steps needed for peace.”  The talks in Qatar are organized by Pugwash Conferences on Science and World Affairs, a Nobel Peace Prize-winning group focused on resolving conflict. Pugwash last year organized similar talks that were also attended by Afghan officials. The discussions are separate from official peace efforts involving Afghanistan, Pakistan, China and the United States.

Those negotiations, which do not include the Taliban but aim to pave the way for talks between the militants and Kabul, are expected to resume in Islamabad on February 6. Earlier peace talks faltered last summer after the Afghan government announced Mullah Omar had been dead since 2013. That announcement prompted the Taliban to pull out of talks and led to a power struggle within the group over who would represent it. Members of the Taliban’s unofficial Qatar office are believed to be directly linked to Mullah Akhtar Mansoor, who officially assumed the top position after Omar’s death was announced last year. He was previously Omar’s long-serving deputy.