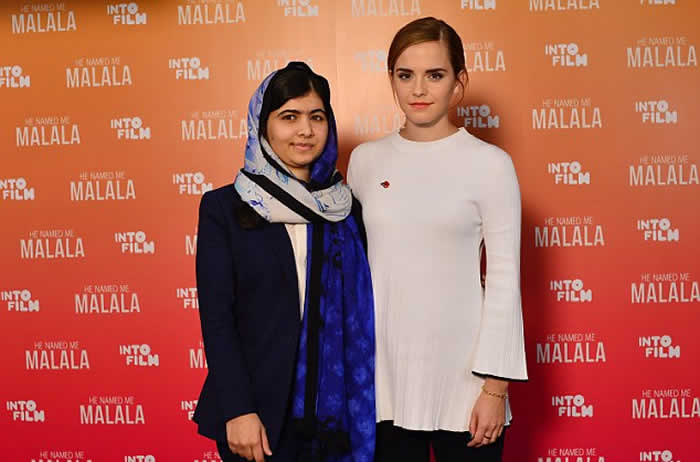 Star of the sensational Harry Potter series, Emma Watson interviewed Nobel laureate Malala Yousafzai and gave her an opportunity to speak on education and her ambitions.

Emma Watson is one of the most prolific actresses of her time and she’s made it big ever since her childhood, when she played the role of Hermione Granger from the famous Harry Potter series.

The British actress got the chance to meet and interview Nobel laureate Malala Yousafzai, in an online interview which was posted on Wednesday. Seated a few feet apart from each other, it was obvious that the two powerful female personalities were visibly impressed and in awe of each other. Malala remarked how she was so happy to see Emma finally in person, to which the English actress blushed. Emma kicked off the interview by asking Malala about any tangible goals that her foundation had.  “Regarding the goal that I have set, it is very simple and straight-forward.

Every single child should have access to education,” she said. “Every child in the world should have access to primary and secondary education.” Malala also spoke on feminism and stated that she hesitated at first at the word but then started using it. “I consider myself a feminist,” said the eighteen year-old activist. “Feminism to me, is another word for equality.” When asked about her father, Malala was all praise for her dad whom she credited with standing up for her right to education and freedom.

She also highlighted the importance of men supporting education and stated that it was necessary. “Men must also campaign for the rights of women,” she said. “We must work side by side and with each other.” The documentary He Named Me Malala has had a rousing response so far. It tells the tale of Malala Yousafzai and the events that led to her near-fatal shooting by the Taliban. Also, the documentary focuses on Malala’s activities afterwards and her efforts to highlight the importance of education for all.