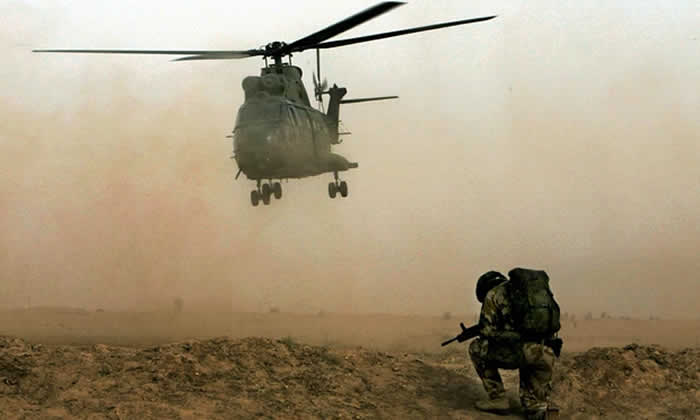 Two British Royal Air Force (RAF) personnel and three others died in a helicopter crash in Afghanistan on Sunday, the defence ministry said in a statement.

The five were killed when the helicopter crashed while landing at the headquarters of the Resolute Support international Nato coalition in the Afghan capital Kabul.

The nationality of the three others who died was not immediately clear. Five other people were injured. “The incident is currently under investigation but we can confirm that it was an accident and not the result of insurgent activity,” the defence ministry said in a statement. The two RAF casualties were from the 230 and 33 Squadrons of the Royal Air Force, the statement added. The deaths bring to 456 the total number of British forces, personnel and defence ministry civilians killed serving in Afghanistan since Britain joined a US-led invasion of Afghanistan in October 2001.

In a separate incident earlier on Sunday, a British forces convoy was attacked in central Kabul, wounding civilians but causing no British casualties. Afghan Taliban insurgents have stepped up attacks as Western-trained Afghan forces have largely been fighting on their own since Nato’s combat mission ended in December.