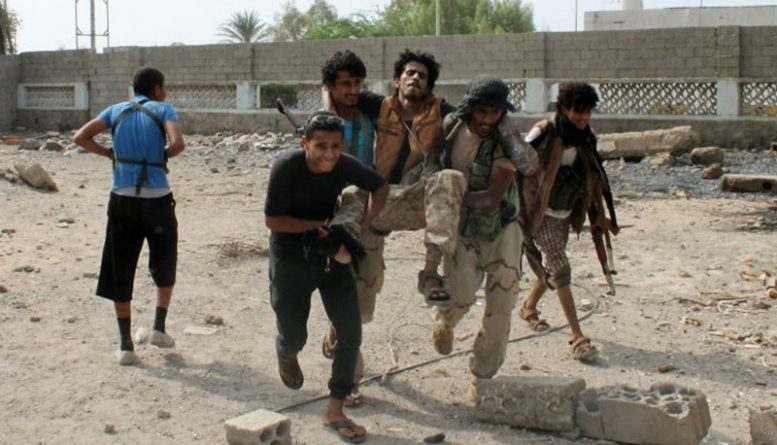 A humanitarian truce in Yemen has failed to take hold after Saudi-led warplanes Tuesday resumed raids on rebels who clashed with loyalists, military sources said. Iran, which backs the Shiite Huthi rebels, accused its Sunni regional rival Riyadh of “playing with fire and with the ceasefire”.

The five-day truce that began on Monday was unilaterally declared by the pro-government Arab coalition led by Saudi Arabia to allow the delivery of desperately needed relief supplies. But the coalition, which began its air campaign against the Shiite Huthi rebels and their allies in late March, had said it also reserved the right to strike against any military movement by the insurgents. Air strikes targeted rebels north of Aden, Yemen’s second city, most of which was recaptured by loyalists last week after four months of ferocious fighting, military sources said.

Raids also struck rebels in nearby Lahj province, where forces loyal to exiled President Abedrabbo Mansour Hadi have tightened the noose on insurgents in the strategic Al-Anad airbase. Three air strikes targeted a rebel convoy near Sabr, north of Aden, where loyalists had advanced over the past days, military sources said. Other raids hit a building occupied by insurgents in Jaawala — also north of Aden — and an overnight strike hit rebels in Marib east of Sanaa, witnesses said.