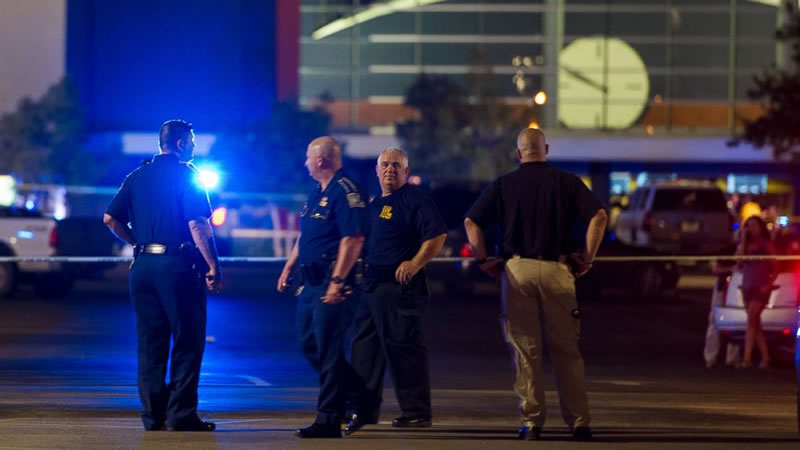 A gunman opened fire at a movie theater in the US state of Louisiana late Thursday, fatally shooting two people and wounding seven others before killing himself, police said.

The shooter in the city of Lafayette, described as a white male in his 50s, appeared to have died after turning his gun on himself, local police said at a press conference.

“It appears that the shooter has died from a self-inflicted gunshot wound after discharging his weapon numerous times,” police officer Jim Craft said. Witnesses said the shooting took place at the Grand 16 theater in Lafayette, during a showing of the film “Trainwreck.” “My heart is broken and all my thoughts and prayers are with everyone in Louisiana,” tweeted comedian Amy Schumer, who has a starring role in the movie. The shooting comes as a jury deliberates the death penalty for the gunman in a 2012 theater massacre in Colorado that left 12 dead and 70 injured. The Louisiana shooting is almost exactly three years after the shooting in the city of Aurora.

Television images in Lafayette showed a hectic scene at the cinema, which was surrounded by dozens of emergency medical vehicles and police cars. Craft said four police officers entered the theater to confront the shooter and heard gunshots. They discovered the shooter dead at the scene, he said. “Prayers for Lafayette at Grand Theater. Talking to state police colonel about shooting in Lafayette,” tweeted state governor Bobby Jindal, who, at a press conference near the shooting scene a short time later, expressed his support for the victims and first responders. – AFP