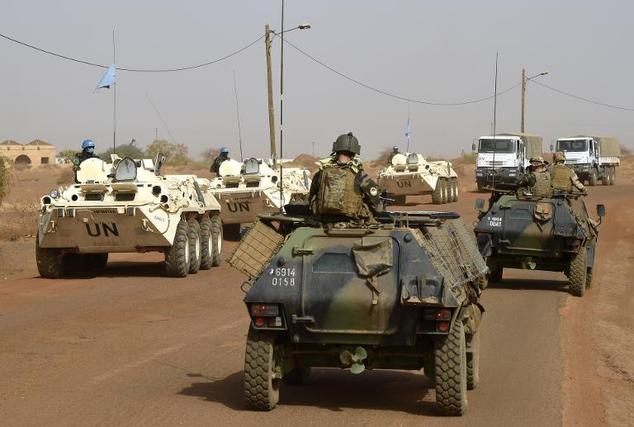 Al-Qaeda in the Islamic Maghreb (AQIM) said it was behind a “rocket attack on a MINUSMA base” in northern Mali on Monday and a landmine explosion Thursday targeting a UN convoy in the restive north, according to Al-Akhbar, citing AQIM spokesman Abderrahmane Al-Azawadi.

The Al-Akhbar agency regularly carries jihadist statements. On Thursday, MINUSMA announced that three Burkina Faso peacekeepers were wounded when their convoy triggered at least one mine in the Timbuktu region. The AQIM spokesman however said the mine blast had caused “three deaths”, Al-Akhbar reported. MINUSMA commander Major General Michael Lollesgaard from Denmark and the mission s police chief Abdounasir Awale were part of the convoy, MINUSMA sources told AFP. A MINUSMA security source based in Timbuktu said it was “very likely” that the mines had been laid just before the convoyarrived, specifically targeting the two commanders, as security checks had been carried out along the route a few hours earlier.

Separately, MINUSMA on Tuesday said a Bangladeshi peacekeeper had been shot dead and another wounded in “an incident” in the area of Bamako airport. The circumstances of that shooting, however, are still being investigated and it has not been attributed by the UN to militants. With 35 peacekeepers killed in combat since MINUSMA s inception in 2013, the UN has described northern Mali as the deadliest place on earth for its personnel.

The country s northern desert has been plagued by violence from jihadist groups that seized control of the region from Tuareg rebels before being routed by a French-led international intervention in 2013. Despite peaceful elections after the French operation, the country remains deeply divided and the north has seen an upsurge in attacks recently by pro-government militias and the Tuareg-led rebellion known as the CMA. The government and several armed groups signed a peace accord on May 15 in a ceremony in Bamako attended by numerous heads of state, but missing the crucial backing of the CMA.

The Algerian-led international mediation team in the peace process has announced it is hosting a series of consultations in Algiers this week aimed at securing the CMA s signature. The head of the CMA has said, however, that he was convinced that the consultations would bear fruit. Thousands of pro-government demonstrators took to the streets in Bamako on Tuesday in support of the peace agreement. Around 31,000 people have been forced to flee their homes — 500 into neighbouring countries — over the past two weeks, mostly from the Timbuktu region, the UN s World Food Programme has said.