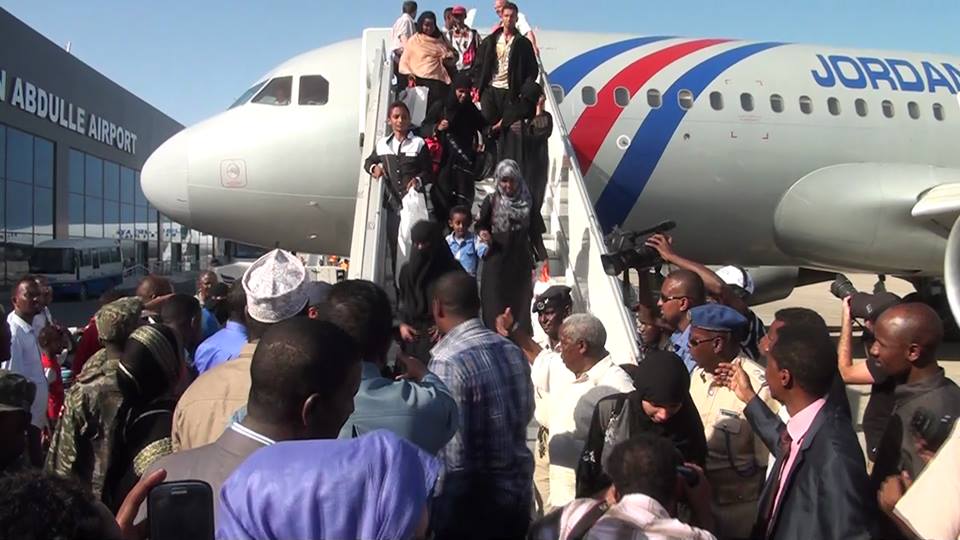 About 7,000 refugees have fled to Somalia from war-torn Yemen since a Saudi-led bombing campaign was launched, compounding the dire humanitarian situation in Somalia, a UN envoy said Wednesday.

Nicholas Kay, the special representative for Somalia, also warned the Security Council that vigilance was required to prevent Al-Qaeda-linked Shebab militants from getting fresh support from extremists in Yemen.

“We need to monitor closely and be able to respond to any sign that Al Shebab is benefitting from their links to extremist groups in Yemen,” Kay told the 15-member council. Somalia has received 7,000 arrivals from Yemen since late March when the Saudi-led coalition launched the air war. The vast majority of them are Somali refugees who have returned home, said Kay. The refugees are joining a group of three million Somalis who face food shortages, of whom 730,000 are unable to meet their basic daily food needs. “The humanitarian situation in Somalia remains alarming,” said Kay.

Somalia s Prime Minister Omar Abdirashid Ali Sharmake warned in late April that Al-Qaeda operatives from Yemen could use the cover of fleeing refugees to infiltrate Somalia and called for stringent screening of new arrivals as well as a renewed regional effort to defeat Shebab. In the south of Somalia, Al-Qaeda-aligned Shebab militants still hold sway in much of the countryside, despite being pushed out of most towns by a coalition of African Union and Somali troops. Several Shebab leaders have been killed in US drone strikes. Kay called for regional cooperation to address the threat from the Shebab.