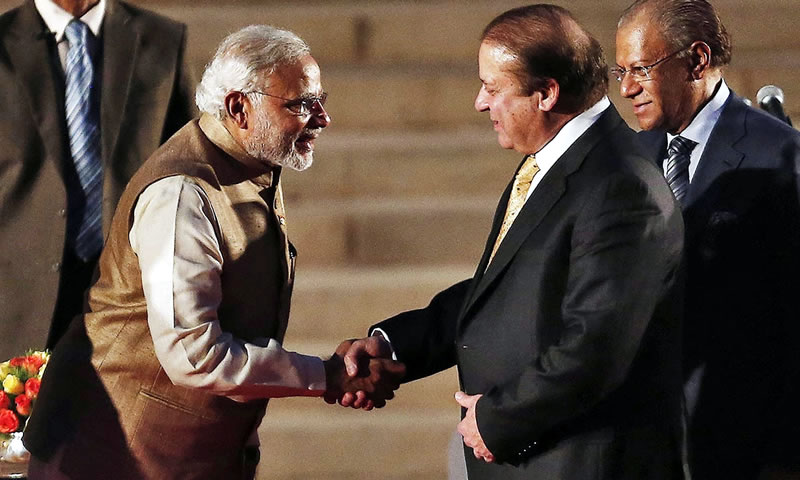 In his letter of “warm felicitations” the prime minister echoed thoughts that should please US President Barack Obama who was the chief guest at Monday’s Republic Day parade in Delhi. Mr Modi and Mr Obama announced their shared vision on Sunday in which their two countries would work for connecting the economy and the people straddling Asia-Pacific and the India Ocean rim countries with Central Asia, a masked reference to Pakistan. “In wishing the people of India progress and prosperity, it is our sincere wish to forge friendly and cooperative relations between our two countries,” Mr Sharif said, adding that Pakistan remained committed to developing friendly relations with India on the basis of “sovereign equality, mutual respect and commonality of interests”.

“We believe that our two governments can work together towards the development of our countries, the well-being of our peoples, and achieving our common goal of peaceful and prosperous South Asia,” Mr Sharif said, while conveying his best wishes to Mr Modi personally, and also for the happiness and prosperity of the people of India. US think-tanks and analysts see a possible encouragement by Mr Obama for the two countries to resume their stalled dialogue, an idea that also obliquely gets echoed in their vision statement. President Mamnoon Hus­sain conveyed his greetings to President Pranab Mukherjee, a Pakistan High Commission press release said.