Russia Accused of lies Over Troops in Ukraine 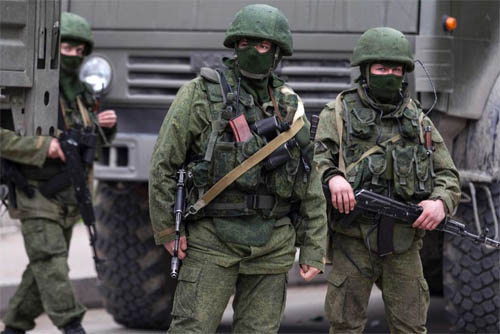 Russia accused of lies over troops in Ukraine

The US has openly accused Russia of “outright lies” over its insistence it has no troops in Ukraine, hours after the Nato alliance provided photos it said proved Russian heavy armour was moving into the country. Samatha Power, the US ambassador to the UN, on Thursday accused her Russian counterpart, Vitaly Churkin, of lying over the presence of regular Russian soldiers in Ukraine.

“Russia has come before this Council to say everything except the truth. It has manipulated. It has obfuscated. It has outright lied,” said Power during a meeting of the UN Security Council. Churkin rejected the US accusation, saying any Russians inside Ukraine were volunteers, and told the US to stop interfering in Ukraine’s affairs. “Restrain your geopolitical ambition. Then not only Russia’s neighbours, but many other countries around the world would breath a sigh of relief,” he said. The exchange came after the Ukrainian president, Petro Poroshenko, organised a meeting of security officials, stating that Russian troops were on Ukrainian soil.

The Nato alliance also said more than 1,000 Russian troops are operating inside Ukraine, and released satellite images which it said showed Russian combat forces engaged in military operations inside Ukraine. “They are supporting separatists fighting with them,” said Nico Tak, the head of Nato’s crisis management centre. He referred to Russia’s actions as “incursions” rather than an invasion. Earlier Alexander Zakharchenko, a pro-Russia rebel leader, appeared to confirm serving Russian soldiers were fighting Ukrainian troops alongside the country’s separatists in eastern Ukraine. “Among us are fighting serving soldiers, who would rather take their vacation not on a beach but with us, among brothers, who are fighting for their freedom,” said Zakharchenko.

The US president, Barack Obama, said Russia had deliberately interfered in Ukraine, and that the evidence was “plain for the world to see”. He said Washington and its allies would look for ways to expand economic sanctions on Russia, but he stopped short of calling the recent Russian aggression an invasion. “I consider the actions that we’ve seen in the last week a continuation of what’s been taking place for months now,” Obama said, noting that his Russian counterpart, Vladimir Putin, had ignored opportunities to find a diplomatic answer. He ruled out military action against Russia for its actions in Ukraine. “I think it is very important to recognise that a military solution to this problem is not going to be forthcoming,” he said. -aljazeera