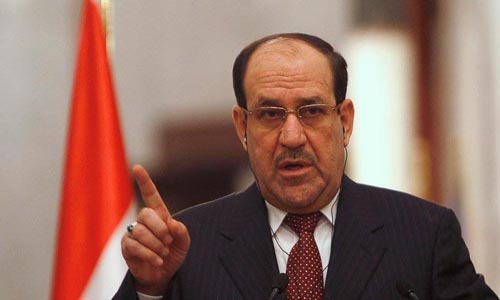 Nouri al-Maliki has finally bowed to pressure within Iraq and beyond and stepped down as prime minister, paving the way for a new coalition that world and regional powers hope can quash the Islamic State group.  “I announce before you today, to ease the movement of the political process and the formation of the new government.

The withdrawal of my candidacy in favour of brother Dr Haider al-Abadi,” Maliki said in his Thursday address, adding that he had made the decision to preserve the country’s unity. The announcement came days after he refused to stand down and threatened to challenge the president’s decision to appoint Abadi as his successor. “Maliki will withdraw the complaint against the president and will back the prime minister designate,” Ali Mussawi, Maliki’s spokesman, told the AFP news agency, referring to a lawsuit the outgoing prime minister had vowed to file.

Jane Arraf, reporting from Erbil, said Maliki’s move was influenced by the statement of Iraq’s most senior Shia religious leader, Ayatollah Ali al-Sistani. “When all the odds were stacked against him, when the US and Iran as well as European countries and almost every political faction in Iraq was telling him that he had to go, he still persisted on hanging on,” Arraf said. “The thing that really clinched it though was that the statements by Iraq’s top Shia religious authority, the Marjaya, specifically the Ayatollah Ali al-Sistani – absolutely revered by Iraqi Shias – who indicated in a very rare statement that he thought it would be better for the country if Maliki did indeed step aside.”

Maliki’s decision was likely to please Iraq’s Sunni minority, which dominated Iraq under Saddam Hussein’s iron rule but was sidelined by Maliki, a relative unknown when he came to power in 2006 with US backing. Maliki had resisted months of pressure to step down from Sunnis, Kurds, some fellow Shia, Shia regional power Iran and the United States. He had insisted on his right to form a new government based on the results of a parliamentary election in late April.  -aljazeera