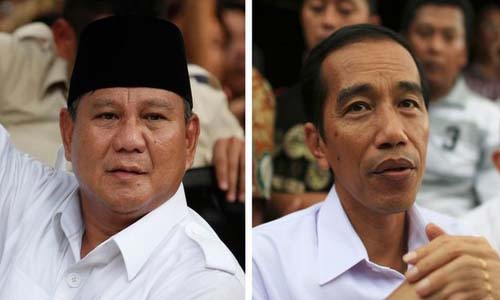 About 190 million registered voters have begun casting ballots for the president of Indonesia, the world’s third largest democracy. They are choosing between Joko Widodo, the governor of Jakarta, and Prabowo Subianto, an ex-army general. Opinion polls so far have suggested that it will be a very tight race.

Mr Widodo, also known as Jokowi, appeared to be leading in opinion polls early on, but that margin narrowed as Mr Subianto gained ground. The first polls opened at 07:00 local time on Friday in the east of the country. Jakarta and the island of Java began voting two hours later at 07:00 in their time zone. In recent weeks media outlets have been accused of favouring particular candidates, prompting outgoing President Susilo Bambang Yudhoyono to call for more balanced coverage.

Mr Yudhoyono cannot stand for another term as the constitution has a two-term limit. Commentators say undecided voters will have a significant impact on results. About one-fifth of Indonesians fell into this category in the late June surveys.  Ahead of the vote, election officials delivered ballot boxes to polling stations around the country, ferrying them to Indonesia’s numerous islands by speedboat, carrying them on horseback along mountain paths and dropping them off at remote hamlets with helicopters and small planes.

Meanwhile in Jakarta the authorities have deployed 22,300 policemen to keep the peace, reports say. The official result will be announced on 21-22 July, but independent and unofficial poll counts will be provided later in the day on Wednesday and are known to be accurate. The new president will be inaugurated on 20 October and will have to appoint a cabinet within two weeks. -bbc

Alliance in the Making: PTI, PML-Q Agree on Three Points

Alliance in the Making: PTI, PML-Q Agree on Three Points