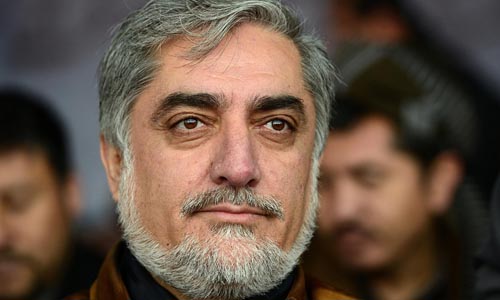 Abdullah, previously seen as the election front-runner, alleges that he was the victim of “industrial-scale” ballot-box stuffing on June 14 and has vowed not to recognise the vote count. His poll rival Ashraf Ghani, who was reported to be at least one million votes ahead, says the result is fair and must not be further delayed. The United Nations and Afghanistan´s international backers had lobbied hard to try to ensure a smooth election process, but the contested outcome will realise their worst fears and raises the risk of civil unrest.

Influential US Senator Carl Levin, on a visit to Kabul, told reporters on Sunday that the preliminary result would likely be followed by an audit of suspicious votes in an attempt to assuage Abdullah Abdullah´s fears of fraud. “I expect that (there) is going to be an agreement on a comprehensive audit,” Levin, chairman of the Senate committee on armed services, said. “We have assurances (the candidates) will accept the outcome of such an audit.”After the preliminary result on Monday, the official result is scheduled for July 24 after a period for adjudication of complaints.

The deadlock has tipped Afghanistan´s first democratic transfer of power into chaos as US-led troops end their 13-year war against the Taliban, and the country faces a new era with declining civilian aid. “What we are asking for is thorough auditing, then preliminary results afterwards,” Abdullah told supporters in Kabul late Sunday. “We are honoured to claim that we are the majority of votes in Afghanistan that are clean.”