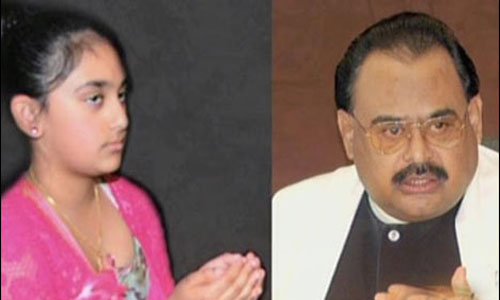 Muttahida Qaumi Movement (MQM) chief Altaf Hussain underwent an angiography procedure on Thursday at a private hospital in London after which doctors have advised him to rest for 8-10 hours. According to the sources, Altaf’s daughter Afza met him at the hospital after the angiography during which the leader assured her that he was doing fine and there was nothing to worry about regarding his condition.

Altaf Hussain further said that doctors at the hospital were taking good care of him. On the other hand, supporters and sympathizers are planning to hold a special prayer session for the speedy recovery of their leader in Karachi today at Numaish Chowrangi. It may be mentioned here that MQM chief was admitted at a hospital in London after he was arrested by Scotland Yard on suspicion of money laundering on Tuesday. On Wednesday night, the MQM chief was allowed by Scotland Yard to make a call to the International Secretariat and called on workers to remain peaceful. MQM and hospital sources confirmed that Altaf Hussain underwent at least half a dozen tests on Wednesday.