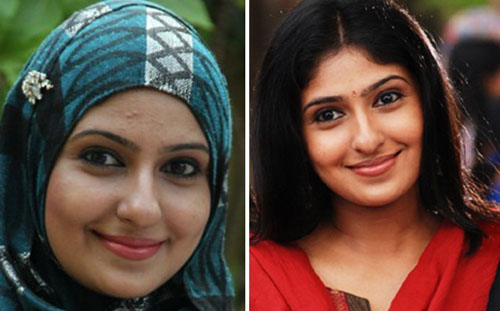 Monika who is known for her role as child artist in Uncle Bun has converted to Islam. The actress who has acted in more than 70 films as heroine and child artist, has rechristened her name as M G Rahima. Apparently, the actress is planning to quit her acting career owing to conversion.

Following the footsteps of musicians AR Rahman and Yuvan Shankar Raja, famous Indian multilingual actress Monika alias Rekha Maruthiraj has also converted to Islam. According to Indian media reports, the 26-year-old actress, who began her cinema career as a child star in 1990, has announced her conversion to Islam and end of her acting career. She has also changed her name to M.G Raheema. While speaking to media, the actress revealed that entering into the circle of Islam isn’t her individual decision but her family offered her enough support and encouragement to take this step.

Monika asserted that she has not embraced Islam to get monetary or any other benefits rather the principles of Islam allured and inspired her towards this peaceful religion. “I didn’t convert for the reason of love or money, I am not such a person. I like Islamic principles, so I converted to Islam. I will intimate about my marriage to media once arranged by my parents and I really thank my dad for his full support. Hereafter, I won’t act in films” The Azhagi actress also revealed that she had been learning and following the credo of Islam since 2010 and now she decided to break this news to public in order to avoid constant film offers. Monika also revealed that she is planning to marry soon with consent of her parents.