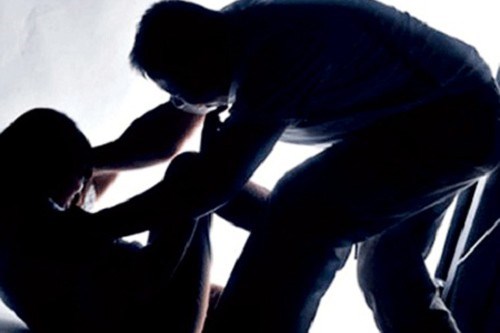 Five men have been arrested over the gang-rape and deaths of two girls found hanging from a mango tree in a northern Indian village, police said Saturday. The discovery of the two cousins, aged 14 and 12, in the Budaun district of Uttar Pradesh on Wednesday is the latest sexual violence case to have stirred national outrage.

“Rape on both the girls has been confirmed. The cause of their death was asphyxia,” Budaun district police superintendent Atul Saxena told. Saxena said preliminary cases had been filed against five men who were all being held in custody. Three are accused of rape while two policemen face charges of conniving with criminals and neglecting their duties. Two other men were also named in a police complaint filed by the victims´ families but their whereabouts were unknown, Saxena added. The farming family of the two cousins from the lowest Dalit caste told police could have “saved” the girls but claimed they refused to help when they found they were from a lower caste.

“She was my everything, my world — and now my world has come to an end,” the grief-stricken father of one victim said. The alleged attackers were also from a higher caste. There is a long history of women and girls from India´s lower castes — especially those who belong to the Dalit caste who were previously known as “untouchables” — of being sexually abused by people from higher castes. Uttar Pradesh is deeply divided along caste lines. “These policemen didn´t act for hours when they could have saved two young lives. Why is caste everything?” said the father, who cannot be named for legal reasons. Medical tests showed the victims had been sexually assaulted multiple times.

India toughened its laws on sex attacks in the wake of the December 2012 gang-rape of a student on a bus in New Delhi which triggered nationwide protests, but the move has done little to stem the tide of sex attacks. The father said his daughter and her cousin were attacked when they went to the fields to relieve themselves as there was no toilet in their house. The father told his brother heard screams from the field where the girls had gone. The brother got into a scuffle with five men, trying “to get them to leave the daughters who were being molested”, but fled when they threatened to shoot him, the father said. The family reported the crime to police who told villagers the girls were with an upper caste village man and would be back “in a couple of hours”, the father said.

Then they got a call from a woman saying their daughters´ bodies were hanging from a tree. “This was nothing but plain murder and (caste) conspiracy,” he said. Indian families forbids naming of the victims or their families. “The cops were totally hand-in-glove in getting our daughters killed,” said the father of the other victim.Rights activists said the crimes highlighted Uttar Pradesh authorities were “not serious” about tackling sexual crime. Amnesty International said lack of toilets across India forced women to answer the call of nature outside, “making them more vulnerable to violence.”-thenews