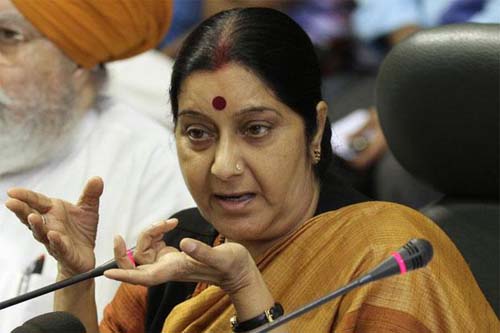 Indian Foreign Minister Sushma Swaraj said on Wednesday that India wants good relations with neigh bouring Pakistan. Swaraj added that in order for relations to improve between the two countries terrorist activities must be stopped.

Commenting on the visit of Prime Minister Nawaz Shairf, the Indian Foreign Minister said Indian Prime Minister Narendra Modi had conveyed that talks between the two countries could not be effective if bomb blasts continued. According to Sushma Swaraj New Delhi had asked Islamabad to ensure a speedy trial of the Mumbai attacks case being held in Pakistan.