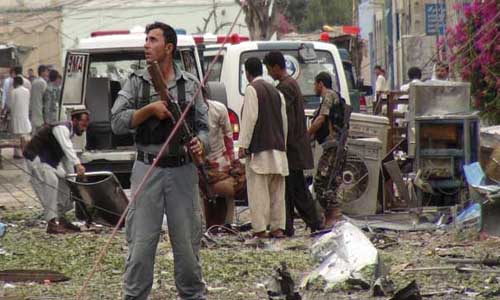 Gunmen attacked India’s consulate in the main western Afghan city of Herat Friday before being repelled by security forces, the foreign ministry in New Delhi said.

“Earlier this morning, the Indian consulate in Herat was attacked,” foreign ministry spokesman Syed Akbaruddin told the news channel NDTV. “One gunman was shot by the ITBP (Indo-Tibetan Border Police) while they were trying to breach the consulate,” he said, adding that Indian and Afghan security forces had been “successful in rebutting this attack”.

While there was no word from India of who was behind the attack, it comes days after incoming prime minister Narendra Modi invited Pakistan’s premier Nawaz Sharif to his inauguration ceremony in Delhi next Monday. India has previously accused Pakistan’s security services of being behind attacks on Indian targets in Afghanistan. -dawn