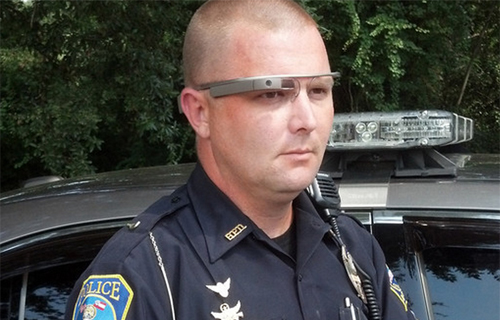 Police in Dubai have begun using Google Glass as part of an effort to crack down on traffic violations. An official with the emirate’s police force confirmed to Gulf News this week that traffic officers are testing the wearable devices, adding that the department has already developed two custom applications:

One to capture and upload photos of traffic violators, and another to identify wanted cars based on licensed plate numbers. It’s not yet clear when police will start using the technology on a wider basis, but Colonel Khalid Nasser Al Razooqi, general director of smart services at Dubai Police, tells Gulf News that if the trials go well, the department would adopt the technology more broadly once Google Glass becomes available. “If it passes our testing criteria as well as we see that it is a useful device, then we might decide to launch it and buy more of it,” Al Razooqi said. Using the apps developed by his unit, police can capture and upload photos to the department’s database by tapping the side of the headset, and can capture license numbers simply by looking at a car’s plates.

These numbers will be automatically cross-referenced against a central database to flag any wanted cars. Google Glass went on sale in the US earlier this month, following the company’s limited Explorer program, but has yet to widely launch in other markets. Several US police departments are using the technology as well, including the New York Police Department, which started deploying Google Glass among some officers earlier this year. Other departments have begun using similar wearable technology in recent months, using cameras and smartphones to record interactions and conduct surveillance. The hope is that this technology will enhance transparency and security for both civilians and police, though there are concerns over privacy. The American Civil Liberties Union (ACLU) has come out in support of wearable cameras for police, while stressing the importance of using them under strict guidelines. -theverge