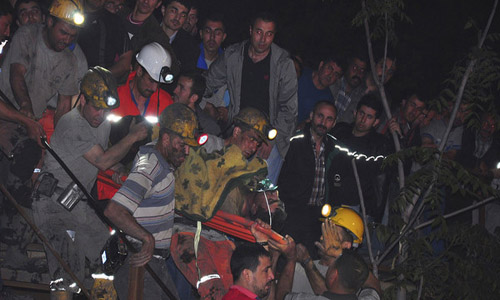 injured miner is carried to an ambulance after being rescued

At least 201 people were killed and hundreds more remained trapped underground after an explosion and fire in a coal mine in the western Turkish province of Manisa, the energy minister said Wednesday.

The toll came as rescue operations continued overnight following Tuesday´s disaster when a total of 787 mine workers were trapped inside the mine. Hundreds of people remained underground and four of those rescued were seriously inured, said Energy Minister Taner Yildiz. –thenews