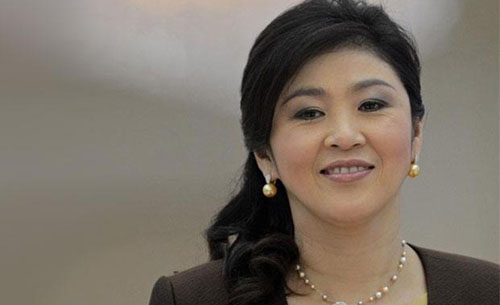 A Thai court has ordered Prime Minister Yingluck Shinawatra and several cabinet ministers to step down. The Constitutional Court ruled that Ms Yingluck acted illegally when she transferred her national security head.

The ruling follows months of political deadlock. Anti-government protesters have been trying to oust Ms Yingluck since November 2013. The remaining cabinet members have nominated the commerce minister to replace Ms Yingluck. “The cabinet has agreed to appoint Niwattumrong Boonsongpaisan to act as caretaker prime minister,” Deputy Prime Minister Phongthep Thepkanjana said.  Ms Yingluck had been accused of abuse of power in improperly transferring Thawil Pliensri, her national security chief appointed by the opposition-led administration, in 2011.

Appearing in court on Tuesday, she had rejected the suggestion that her party had benefited from the move. But the court ruled against her, saying a relative had gained from the transfer. “The prime minister’s status has ended, Yingluck Shinawatra can no longer stay in her position acting as caretaker prime minister,” a judge said in a statement. The ruling also ousted nine cabinet members who the court said were complicit in the transfer. An adviser to the prime minister, Nopaddon Pattama, said the court’s decision was binding. “She really has no choice but to be bound by the decision because the constitution says the judgement of the court is binding on all parties, although we are going to make a political protest.” –bbc