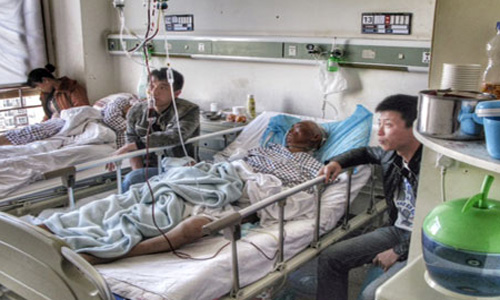 Six people were wounded in a knife attack at a train station in China on Tuesday, police said, the latest in a string of violent episodes at public transport hubs.

Police shot one of the attackers at the train station in the southern metropolis of Guangzhou, the city´s public security bureau said in a statement on its micro blog, adding all six injured had been hospitalized. -thenews