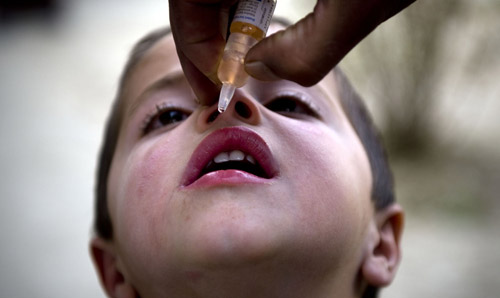 he World Health Organisation (WHO) has imposed travel restrictions on Pakistan over the country’s failure to control the spread of the polio virus. According to the WHO restrictions, it will be mandatory for Pakistanis to travel with a polio vaccination certificate when they visit foreign countries.

Recommendations for the travel restrictions were put forward by a 21-member International Health Regulations Emergency Committee which was formed on the directives of WHO board members. On April 30, five more polio cases were detected in three different areas of North Waziristan, South Waziristan and Bannu. The National Institute of Health had also confirmed that five children were affected by the polio virus. The new cases set alarms bells ringing for Islamabad as they coincide with a meeting of WHO’s health committee in Geneva where a report into polio situation in Pakistan was presented, triggering fears of travel ban on Islamabad. -thenews