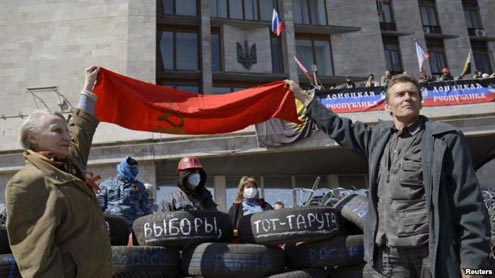 Ukraine’s government struggled to stay in control of the country’s eastern regions as tensions flared on Tuesday in three cities. While the government managed to recapture its regional headquarters and detain dozens of pro-Russia protesters in one city, it said “radicals”

Were keeping 60 people hostage and threatening them in another city. The Ukrainian Security Service said in a statement that unknown “separatists” with weapons and explosives were threatening the hostages inside a security service branch in the city of Luhansk. It was not clear who the hostages were or if they were security service employees. The building was seized on Sunday by armed pro-Russia protesters. On Tuesday, Ukrainian authorities battled with pro-Russia protesters but regained control over a government building in Kharkiv, the country’s second-largest city, evicting the protesters and detaining dozens. 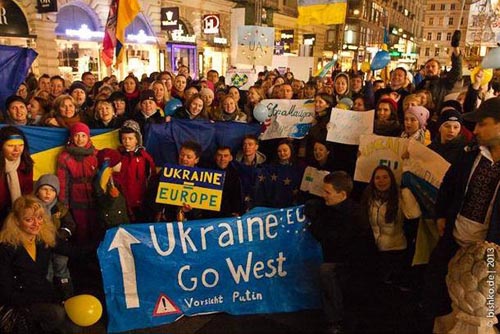 In Donetsk, a city 250km further south, protesters dug in for their third day at the 11-storey regional administration headquarters they had captured on Sunday and began to declare their own parallel government. Serhiy Taruta, the governor of Donetsk, scoffed at the shifting events in his city. “I call this a theatre of the absurd,” he said. “It is just artistes performing, but the main thing is that there is an ever-dwindling audience.” All three cities are in Ukraine’s east, where hostility is strong toward the government that took power in February after the ouster of Kremlin-friendly president Viktor Anchovy. 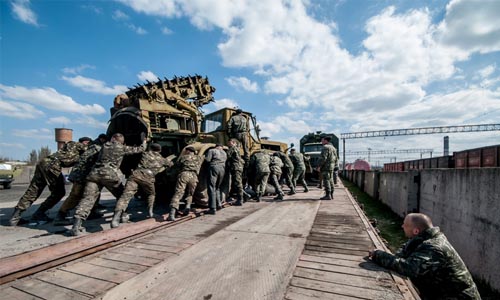 Even though Ukraine’s interim authorities have achieved some success in quelling unrest that swept across eastern provinces on Sunday, festering discontent threatens to undermine plans to hold a presidential election on May 25. In Washington, Secretary of State John Kerry threatened Russia with tougher economic sanctions if it failed to back down from its involvement in Ukraine. “What we see from Russia is an illegal and illegitimate effort to destabilise a sovereign state and create a contrived crisis with paid operatives across an international boundary,” he told the US Senate Foreign Relations Committee. He called the demonstrations in eastern Ukraine a “contrived pretext for military intervention just as we saw in Crimea”.  -Dawn